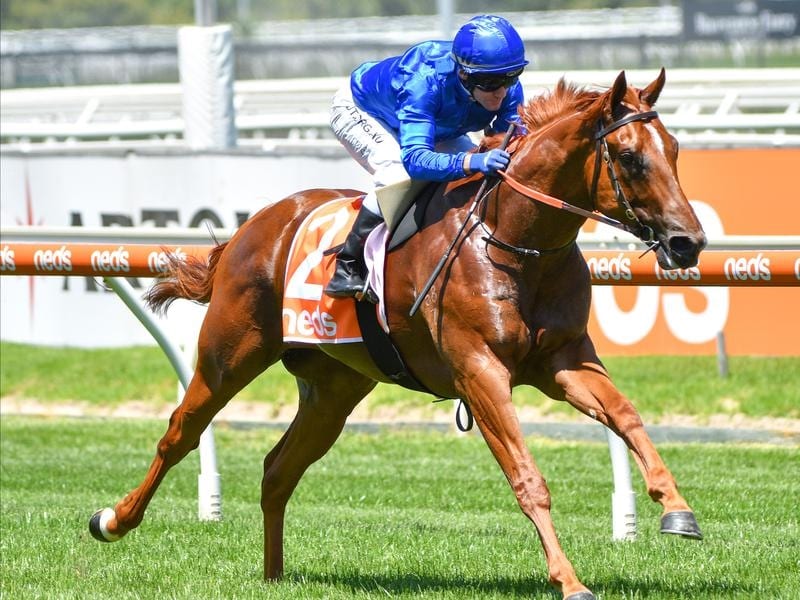 Hanseatic headlines the 90 juveniles still paid up for the $1.5 million Group One Blue Diamond Stakes, while the powerful Ciaron Maher and David Eustace stable has the most two-year-olds remaining in the entries.

Third acceptances for Victoria’s premier race for two-year-olds at Caulfield on February 22 closed on Tuesday, with Maher and Eustace having 17 juveniles still among the entries while the Lindsay Park stable has 14.

Among the Maher and Eustace list of third acceptors is filly A Beautiful Night who won one of two Blue Diamond Previews at Caulfield last Saturday, with the Anthony Freedman-trained colt Hanseatic an impressive winner of the other Preview.

Hanseatic remained unbeaten from two starts with his dominant win at Caulfield last Saturday and he is the $3.50 Blue Diamond favourite ahead of the Snowden Racing-trained Rulership ($8) and Rulership’s stablemate Fresh ($10).

Hanseatic is one of four Freedman-trained juveniles still entered as the stable strives for back-to-back Blue Diamond wins after filly Lyre last year.

Like Lyre, Hanseatic is owned by Godolphin and he is one of nine third acceptors for the global operation with the others trained by its Australian head trainer James Cummings.

Saturday’s Group Three Chairman’s Stakes (1000m) at Caulfield will be another key lead-up with nine of the 11 acceptors among Blue Diamond entries, while the respective Preludes are the following Saturday.

Connections of two-year-olds not among the third acceptances have the option of a $55,000 late entry fee.