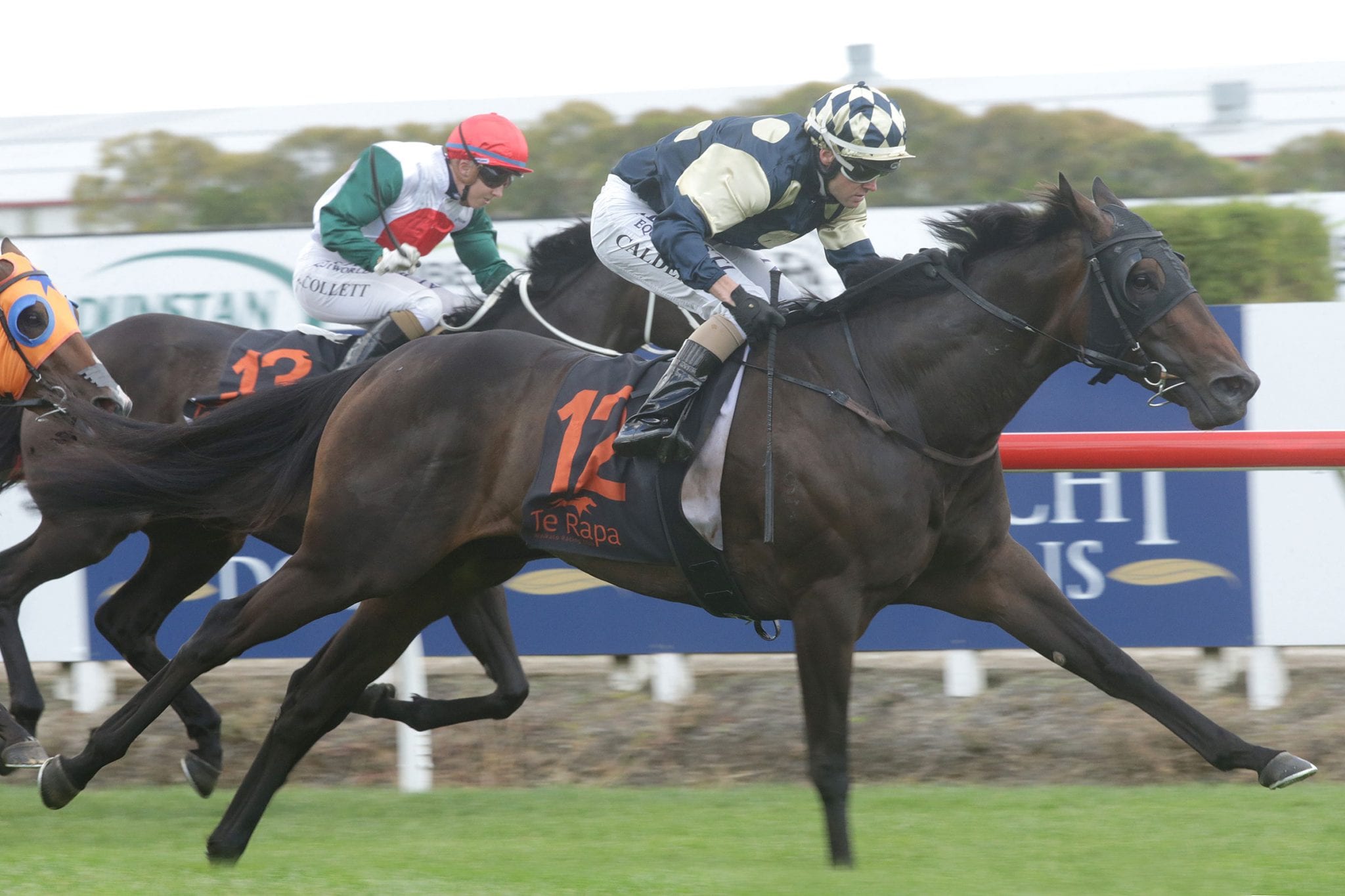 There had been some consideration to bypassing the Oaks with Tokorangi and focusing on Sydney, but the +900 Oaks chance now looks a strong chance to take her place at Trentham.

Tokorangi finished a luckless seventh in the Group 1 New Zealand Derby (2400m) and has pleased since.

“We’re pretty happy with her, so at this stage we’re going to work her up today (Tuesday) and see how she works and make a decision from there,” Gerard said.

“There is a good chance she will go to Wellington on Saturday. Obviously, we were tossing up whether to go to Sydney. The forecast is looking quite wet over there long-term and it is a bit risky.

“I know the owners were pretty keen to go to Wellington and then freshen her up and go to the South Australian Oaks (Group 1) which is back to 2000m.

“I think the 2000m and racing left-handed would suit.”

While Tokorangi has long shown good ability, to the extent she was partially sold to prominent Australian owner Ozzie Kheir, stablemate Dragon Queen has gone under the radar as she builds towards her Oaks assignment.

The bonny daughter of Sweynesse finished a game third to Amarelinha and Needle And Thread in the Group 3 Sunline Vase (2100m) at her most recent start and has surprised her conditioners as she continues to handle a rise in trip.

“She will definitely run this weekend, she was super last start,” Gerard said. “Whether she can get 2400m I don’t know but she does just keep stepping up.

“She’s been solid all season. If you go back through her races, she never goes a bad race. She’s got a heart the size of a lion, she tries harder than anyone else.

“She’s done a lot of donkey work, she ended up in front in the Karaka Mile and got a little bit lost but stepping up to the 2100m of the Sunline Vase, she was super the other day.”

Moroney and Gerard had also hoped to have Fleetwood Maca, runner-up in the Group 2 Eight Carat Classic (1600m) at Ellerslie on Boxing Day, contest the Oaks, but those hopes were dashed following her late-scratching at the barriers from the Group 2 Lowland Stakes (2100m).

“She’ll run at either Tauranga or Counties in the next 10 days, then she’ll go to the Manawatu Classic (Group 3, 2000m).

“We are pretty disappointed not to get her to the Oaks, but with missing that run at Hastings it wouldn’t have been ideal.

“She didn’t do anything wrong, it was the horse in the gate next door to her was kicking and she got a fright and she hit the front of the gates and hit her head. There’s no issue there with the gates whatsoever.”

Meanwhile, Group 1 Auckland Cup (3200m) placegetter Sound has made a hasty exit from New Zealand, jetting to Sydney yesterday (Monday) as he builds towards the Group 1 Sydney Cup (3200m) on April 10, a race he missed after being stranded in New Zealand last year as borders closed due to COVID-19.

“He’s come through the run well and we just didn’t want to get stuck like we did last year with COVID,” Gerard said of the imported eight-year-old, who finished third to Ocean Billy. “He was a lot further back than we thought we were going to be.

“We didn’t expect to get that far back but the draw (barrier 15) didn’t help, and he was a little bit fierce early.

“He can be a little bit funny at times, so he made it a bit hard for Troy after he’d been wasting pretty hard. It was still a good solid run and the winner was pretty impressive.”

Gerard also reported that promising stayer Tia d’Or has headed to the paddock after finishing down the track over 2100m at Ellerslie on Saturday, having suffered interference in the straight.

“I can’t wait to get her back in for next year. She looks a really promising stayer in the making.”