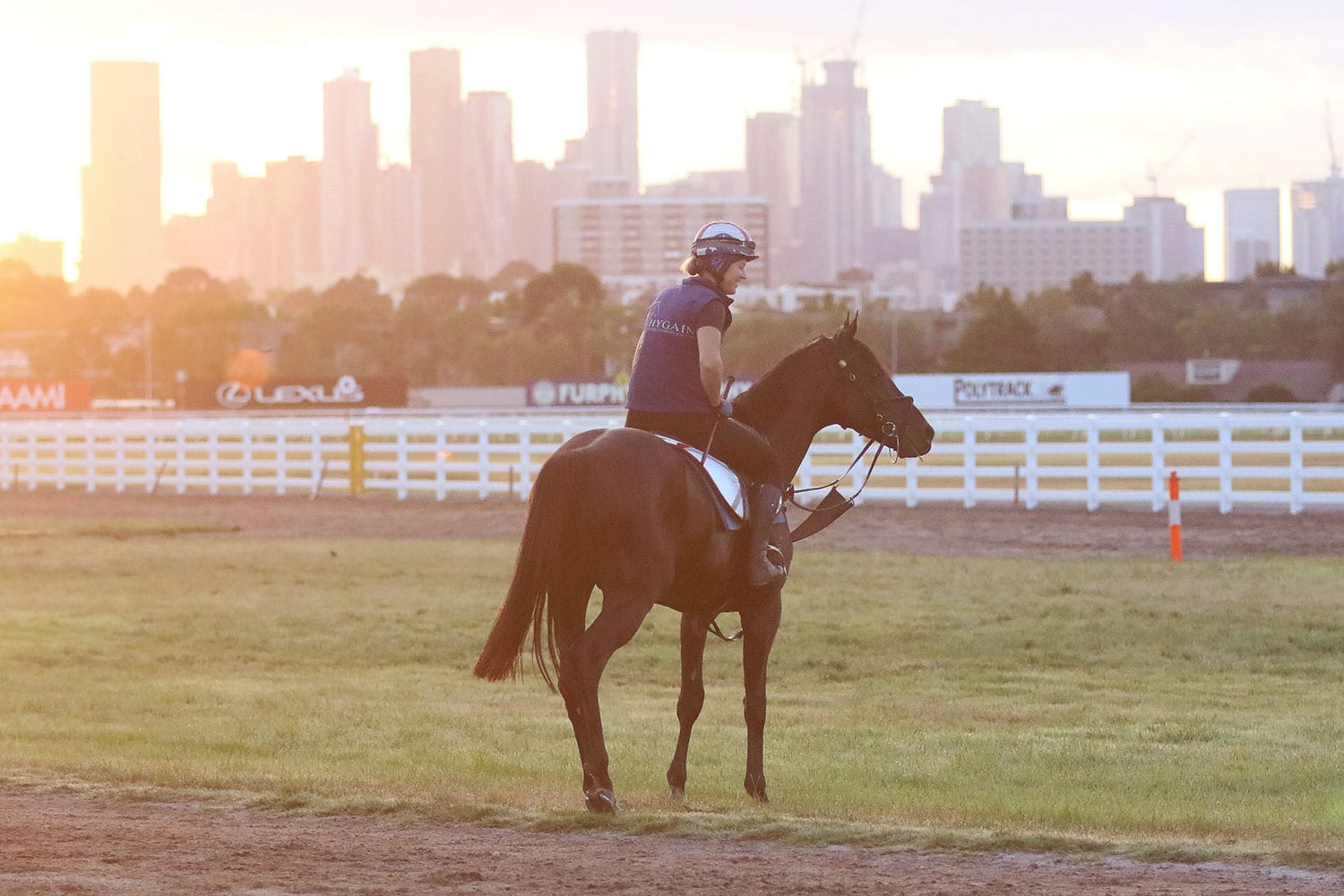 Multiple Group Two winner Sound traveled to New Zealand on Wednesday night as he bids to add some Cup wins to his record for trainers Michael Moroney and Pam Gerard.

The eight-year-old stallion is set to tackle the Group 2 Wallen Concreting Avondale Cup (2400m) at Ellerslie on Saturday week with Troy Harris booked to ride.

The son of Lando is being set for the Group 1 Barfoot and Thompson Auckland Cup (3200m) at Ellerslie on March 13, a race in which he finished second to Roger That last year.

The winner of the Group 2 Zipping Classic (2400m) last November, Sound resumed with a luckless sixth at Caulfield on January 30 where he found traffic in the home straight.

The performance convinced Melbourne Cup-winning trainer Moroney his import had retained his zest for racing.

“He’s an eight-year-old stallion but you wouldn’t know it around the stable,” Moroney said.

“He’s a quiet, kind horse and a real favourite with everyone, so there will be a few sad faces at Flemington on Thursday morning when he’s not in his box.

“He had no luck at Caulfield which was just the way the race was run and I think had he been able to get clear running he nearly wins the race which his stablemate Hang Man dead-heated with Defibrillate.”

Sound is no stranger to New Zealand having finished a gallant runner-up in last year’s Auckland Cup before the COVID-19 shutdown prevented him from returning to Australia for a Sydney Cup campaign, meaning his stay in New Zealand was elongated.

“He went into last year’s race at Ellerslie off a spring preparation and had the two runs in Melbourne before travelling last year,” Moroney said.

“He retained a good degree of residual fitness from his last spring campaign and he is clearly up to winning a race like the Auckland Cup which would be terrific as he has a large percentage of New Zealand ownership.

“He’s still a stallion and a lovely horse with a future at stud, but we’re looking forward to winning some more races with him before then.

“He did a smart piece of work on the grass on Tuesday and I’m confident if he runs up to his best he’ll be the horse to beat in both races.”