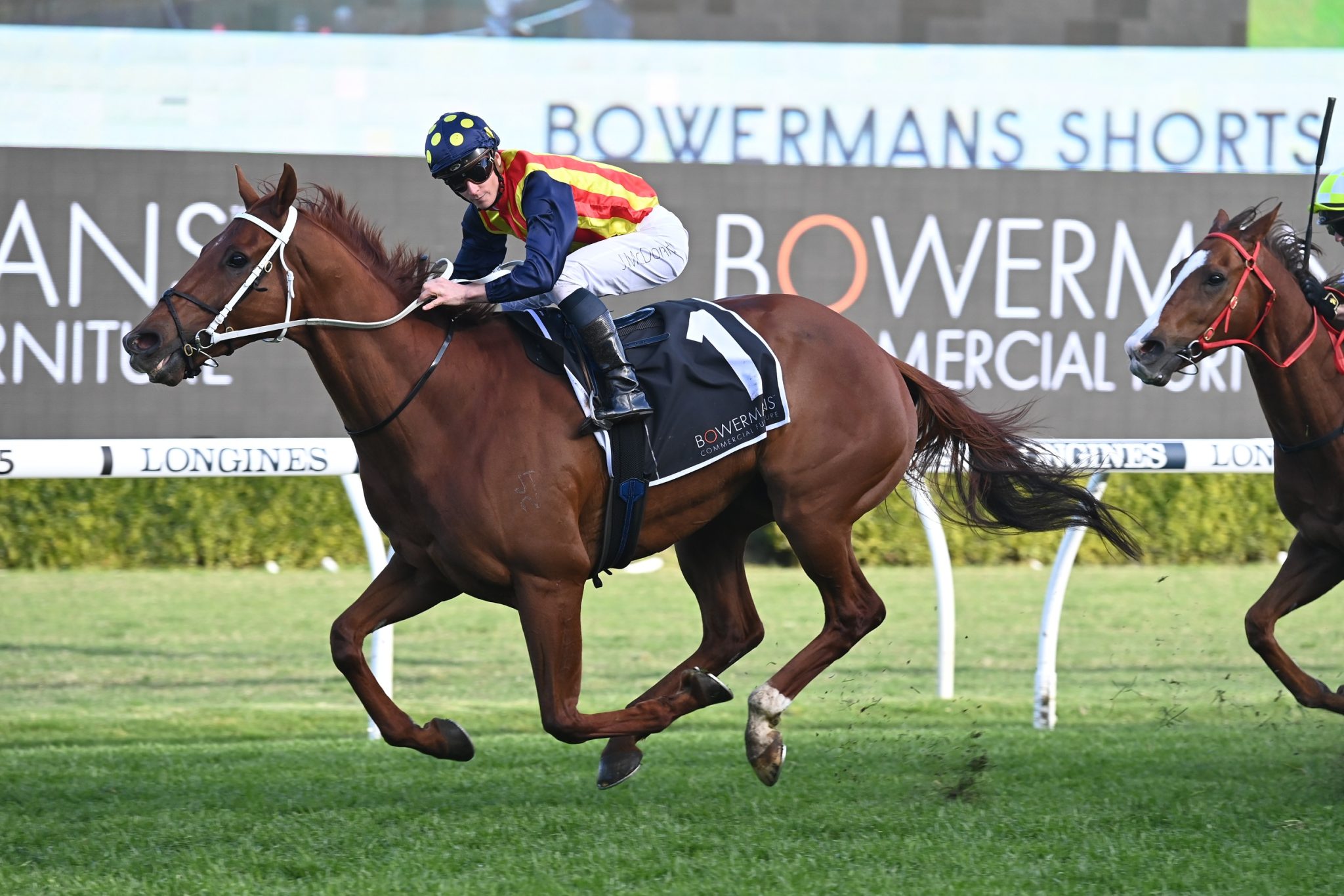 That was the ominous message to opponents from trainer Chris Waller after his superstar sprinter coasted to a seemingly-effortless 1.5-length victory in the $1 million Shorts at Randwick on Saturday.

The freakish seven-year-old continues to get better and showed no ill-effects from his stunning 4.5-length triumph in the King’s Stand at Royal Ascot on June 14.

All the talk leading up to Saturday’s Group 2 feature sprint over 1100m was how good Nature Strip looked in work leading up to his eagerly anticipated first-up start.

And he didn’t let anyone down.

But inside the incredible specimen with a shining coat, is the razor-sharp mind of a champion veteran who has the confidence that he cannot be matched.

He looks set to defend his The Everest title on October 15.

“He’s got ringcraft now. To switch off and do that sort of thing can help him get better,” Waller told Sky Racing.

“He’ll take improvement from it and be there in four weeks’ time (for The Everest).”

Even with a once-in-generation sprinter like Nature Strip, Waller did not anticipate him to be so dominant first-up after his English assignment.

“I didn’t expect him to be this good. I expected there to be a bit of downtime required, and his coat might change,” he said.

“It’s a big thing, but it’s just worked out well. He was there for basically 28 days and he got the job done.

“He came back and quarantined in a cold, wet Melbourne climate, and he came up here where it’s just a little bit warmer.

“And he looks a picture of health.”

What a first-up statement it was against a red-hot field including his arch-rival Eduardo, who finished just over 1.5 lengths back in fourth.

Overpass and Lost And Running were game performers to finish runner-up and third, respectively.

But it was always going to be all about Australia’s undisputed sprinting king, Nature Strip.

“He’s the pick of the yard because he wanders around (with so much confidence). He did that as Ascot as well,” McDonald said.

“Everyone was in awe of him the way he strutted around that parade ring.

“I think that (King’s Stand triumph) was his best performance in his career, and I dare say he hasn’t gone backwards.”

Like Waller, McDonald believes Nature Strip can only get better leading into The Everest.

“It was no real pressure on us to hold a position. I let him glide through and he did it beautifully,” he said.

“The first half was great, and … as soon as they came back a little bit, he came back.

“And then it was just a matter of gliding up the running.

“I think there was a little more to give. But in saying that, he’s at his top.”