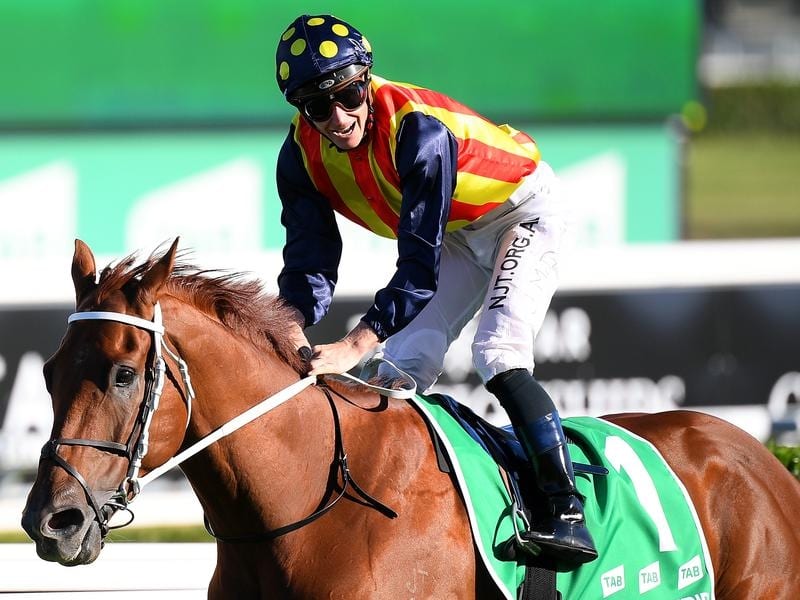 A big believer in following proven templates, Chris Waller will stick to a tried-and-tested formula for Nature Strip’s Everest quest.

The first horse confirmed for a slot in this year’s $15 million October sprint, Nature Strip is due back in Waller’s Rosehill yard at the end of the month.

Waller still needs to cement a final spring plan with Nature Strip’s owners but he is looking to replicate a similar program to the one that culminated with the horse’s blistering TJ Smith Stakes win in the autumn.

Nature Strip has been pencilled in to kick-off Waller’s bid for consecutive Everest wins in the Concorde Stakes before progressing to the Premiere Stakes a month later.

He would then tackle the Everest at his third-up run, as he did the TJ Smith.

“That’s when he usually races at his best,” Waller said.

“There are a couple of Melbourne options but I don’t want the horse to do too much travelling.”

With Nature Strip representing the TAB in the Everest, Waller still has his own stable slot to fill.

He won the race for the first time last year with three-year-old Yes Yes Yes, a success that has him keeping an eye on his current crop of sprinters who are rising three.

The trainer rates several of them as “not far below” Yes Yes Yes in ability and says he will give them a chance to prove their stripes.

Waller has dominated Sydney racing for the past decade and continues to break records, this season surpassing $30 million in local prize money, the first Sydney trainer to do so.

But he refuses to take credit for achieving such a mark after winning two of Sydney’s richest races.

“Not when you’ve won the Everest and the Golden Eagle,” Waller said.

He instead prefers to focus on the bread and butter of his stable, horses such as Winter Cup winner Wu Gok who gave him the middle leg of a Rosehill treble on Saturday.