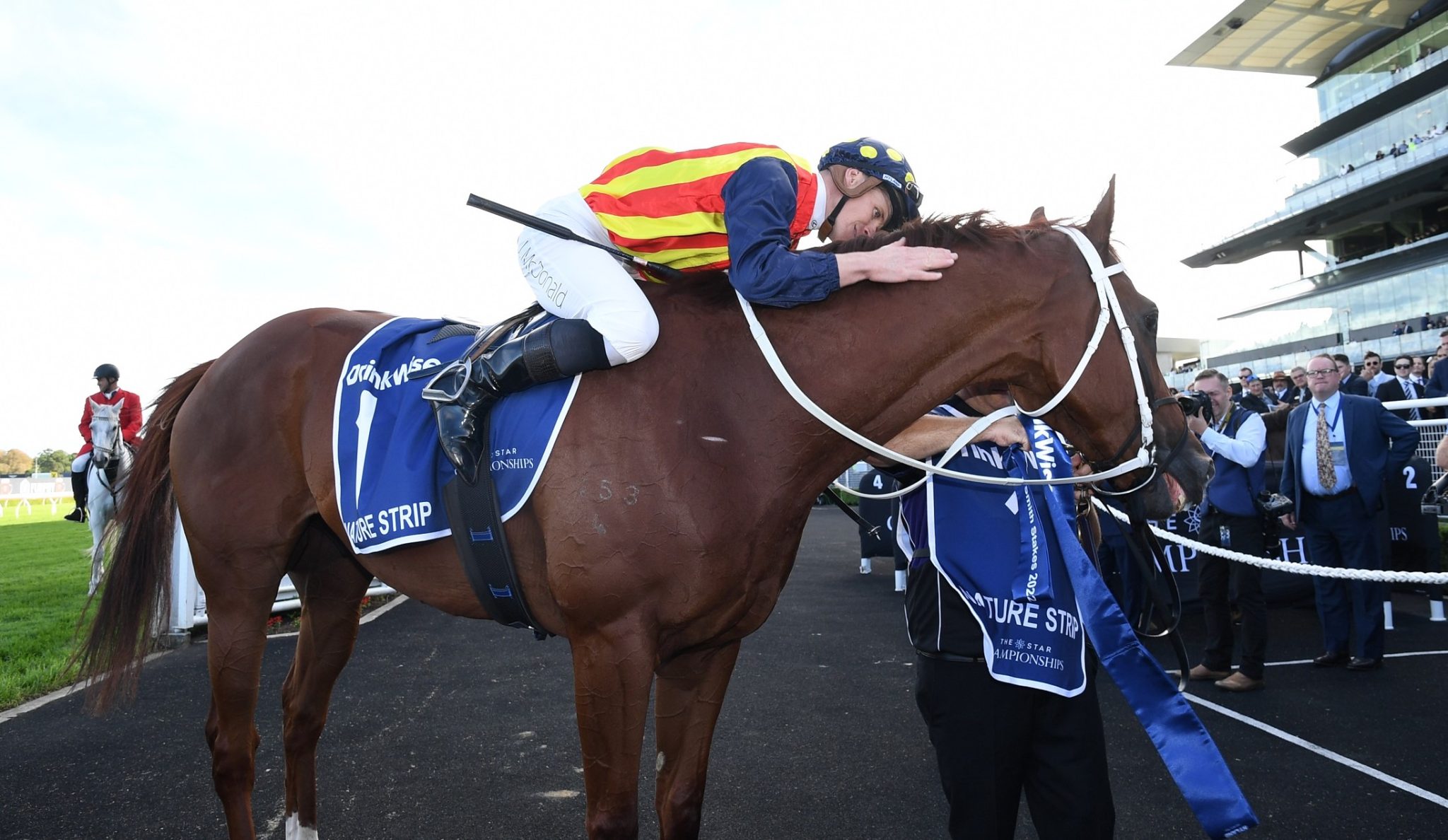 Nature Strip has joined Chautauqua in TJ Smith Stakes folklore with a stirring 3.5-length victory in the $2.5 million feature 1200m sprint at Randwick.

It was the incredible seven-year-old’s third consecutive victory in the event, just like champion Chautauqua who took it out from 2015 to 2017.

Joe Pride’s Eduardo (jockey Nash Rawiller) was left well behind in second at the post, after James McDonald’s superstar sprinter took the lead still with 600m to go.

It has been a past six months to remember for Nature Strip after also triumphing in The Everest and Darley Sprint Classic in October and November last year.

McDonald struggled to find the words to describe just how good a sprinter Nature Strip is after they both saluted.

“It’s just unbelievable isn’t it. Three of them (TJ Smith Stakes). He’s got the Everest, he’s won everything in Australia, he‘s just an incredible, incredible horse,” he said.

“This one I don’t know, it feels just surreal. I just sort of feel numb because the horse is just a marvel. What he’s achieved in his career, he’s just a freak.”

“It gives you so much confidence – the barrier (11) allowed us to get into a nice rhythm the whole way and when he pricked his ears at the 400, I was like ‘What’s going on here?’

“A real goosebump feeling winning three TJs on him.”

Waller is now mentally preparing himself to set Nature Strip for Royal Ascot in June.

I would say so; it will be up to the owners to work out where they want him to go,” he said.

“I’m sure the main aim is to have him back here for the Everest and if we can shoot over and see our friends at Royal Ascot it would be pretty special.”