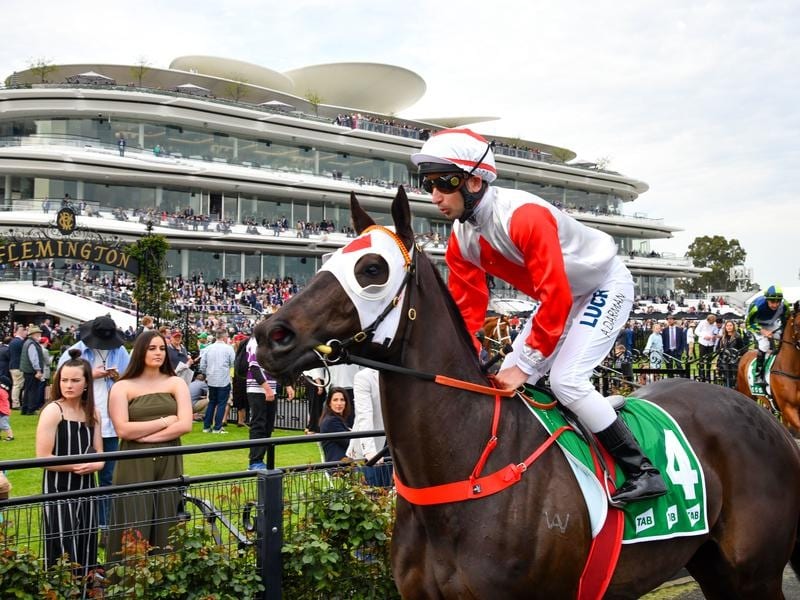 Adam Trinder knew he would be kept well informed on the progress of Mystic Journey by his stable foreman Steff Waugh but he didn’t expect their host Peter Moody to also be giving him regular updates.

Trinder stayed at his Tasmanian stables to supervise the rest of his team and sent Waugh across with Mystic Journey, who is being trained out of Moody’s Pakenham base during the COVID-19 crisis.

“Moody is hands-on with her and he’s been above and beyond with his assistance and help. We’re getting help from a man who knows what it takes to put Group One polish on his horses,” Trinder said.

“He’s calling me four times a day, telling me what he thinks. I’m really appreciative of it.

“It’s so thoughtful of him. He’s really taking an interest in her.

“Last time when she raced at Caulfield, he stayed around and saddled her up and helped walk her around, even though he had finished with runners four races before that.”

Moody will also have two runners in the Group One Memsie Stakes over 1400m at Caulfield on Saturday as he will be represented by Gatting and Glenfiddich.

Trinder said he was expecting a better performance from Mystic Journey after her first-up eighth in the P B Lawrence Stakes at Caulfield on August 15 but added she needed to show something if she was going to progress to another Cox Plate.

“There were mitigating circumstances but we’re dealing with Mystic Journey so I was disappointed,” Trinder said.

“She was a bit slowly away then had to work up the hill and was also trapped wide. Bottom line also was that she wasn’t comfortable in the going.”

Trinder said a year ago he scratched Mystic Journey from the Bletchingly Stakes because he didn’t think she would handle the soft ground but this time around she had to start her campaign.

He reported the mare had trained on well and was ready to run a big race second up.

“She’ll present a bit better. It’s getting closer to D-day. I want to see her hit the line and I think she can finish in the top four from her nice draw,” he said.

“She’s going to have a firm track and she’ll be suited by the speed.”

Trinder feels some people have judged Mystic Journey harshly as there were expectations from some circles that she was the next Winx.

“She’s had to carry massive expectations but I told everyone a year ago she wasn’t the next Winx,” Trinder said.