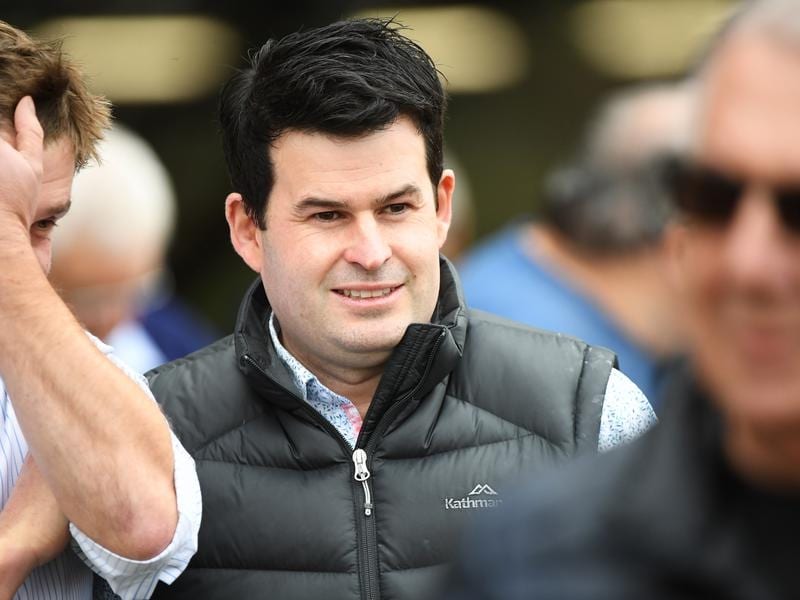 Rather than send the filly for a break, Dwyer and his team nursed Ms Catherine through a hamstring strain to a hind leg with the aim of racing her through the late winter period.

The plan worked and now Ms Catherine resumes at The Valley on Saturday in the Ranvet Handicap, where she attempts to extend her winning sequence to four.

A debut winner at Bendigo late last year, Ms Catherine has won her two subsequent starts at The Valley, including the Group Three Typhoon Tracy Stakes at her most recent outing in February.

Dwyer had the Redelva Stakes for three-year-olds in mind in April, but has switched his attention to next month’s Sir John Monash Stakes and the Bletchingly Stakes.

Both are Group Three races and run at Caulfield.

“I didn’t see any reason for her to be sitting in the paddock and not racing when there’s nothing wrong with her,” Dwyer said.

“But she would have been in the paddock had she gone to Adelaide.

“At this time of year there’s plenty of three-year-old races in town for her so we can run this week, go to Caulfield in two weeks, two weeks later to the Monash and the Bletchingly two weeks after that.”

Dwyer is hoping Ms Catherine can improve on her dam Lucky Diva’s record, who was placed in both the Monash Stakes and Bletchingly Stakes late in her career.

Long-term Dwyer is looking to run Ms Catherine in the Oakleigh Plate next autumn which the trainer said was a logical Group One assignment.

“If we give her a busy period now and late winter, we can give her a nice break over spring and bring her back in the autumn,” he said.

“Even though she won the Group Three over 1200 metres, I think 1000 metres and 1100 metres are probably better for her, so the best case scenario for her would be the Oakleigh Plate.”

Apprentice Georgina Cartwright continues her association with Ms Catherine on Saturday having ridden the filly in all three victories.

“You’ll need a crowbar to get her off now,” Dwyer said.

“She rides her in a lot of work so deserves the ride, especially with her two kilo claim.”