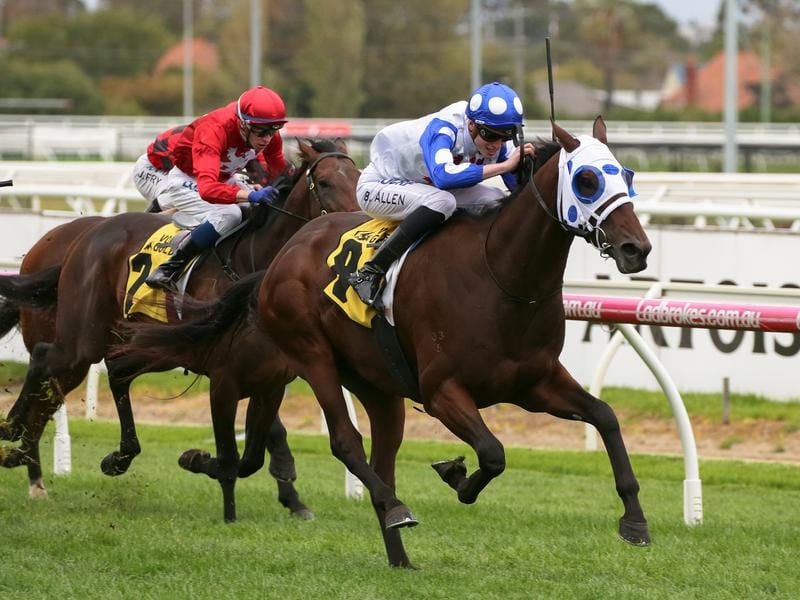 Trainer Phillip Stokes feels Victorian three-year-old Mr Quickie has enough petrol left in the tank for another interstate trip, this time to tackle the Queensland Derby.

The consistent gelding has rebounded well from his third behind Qafila and Savvy Oak in the South Australian Derby (2500m) at Morphettville on May 11 and Stokes has no hesitation about taking him to Brisbane.

Mr Quickie will have his final gallop at Pakenham next Monday before flying to Brisbane the following day.

Stokes said Mr Quickie was tough and had handled everything so far.

“Usually when you get them home you can see they’ve had a run, but not him,” Stokes said.

“We gave him a week in the water walker and he’s been working the reverse way and handling it well, changing his lead legs.

“At Pakenham we get to work right-handed twice a week and he’s been galloping on the grass. They look after us down there.

After beginning his career with Darren Weir, Mr Quickie was transferred to Stokes after Weir was disqualified in February.

Mr Quickie has won three of his five starts for Stokes and was sent out the $2.50 favourite when third in the South Australian Derby.

But the race did not go to script with Mr Quickie settling further back under in-form rider John Allen than intended.

“He got squeezed out at the start,” Stokes said.

“We would have been happy to be three-wide with cover, anywhere, but unfortunately it didn’t work out that way and he got too far back.

Mr Quickie is the $5 second favourite in latest betting behind the Chris Waller-trained Nobu at $4.50.