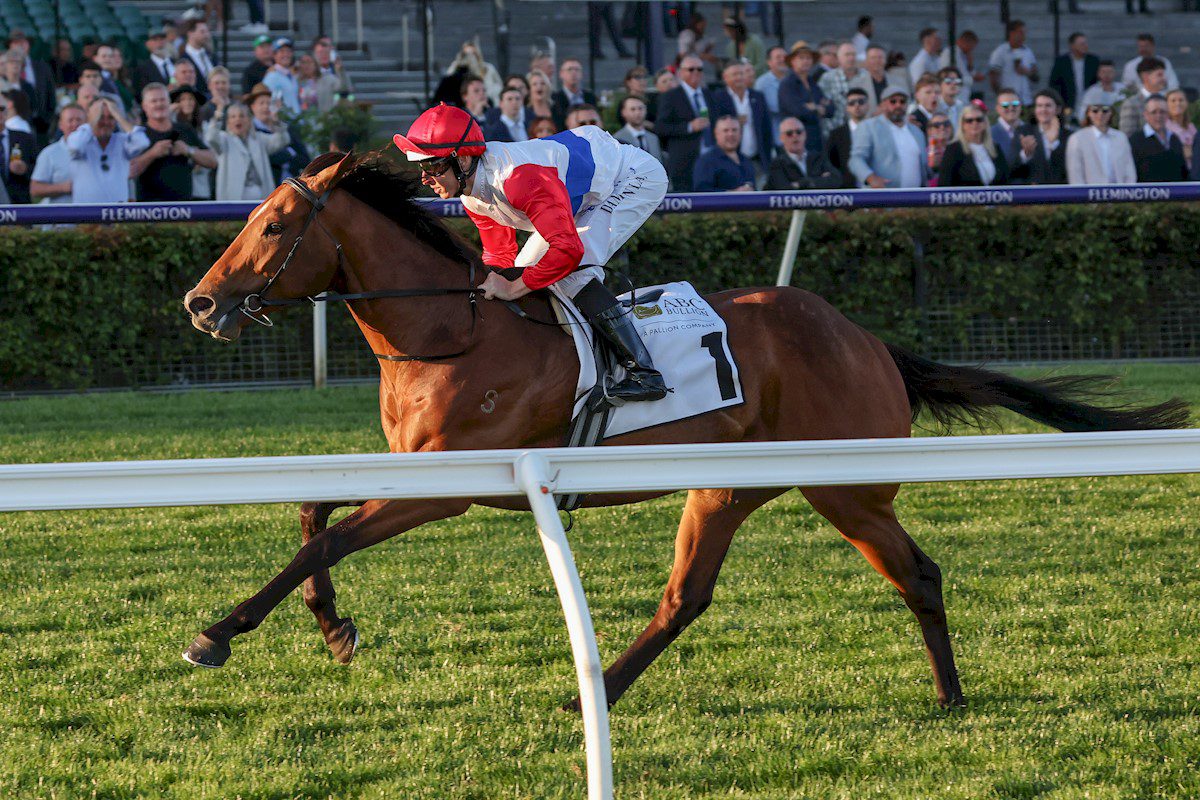 Mr Maestro has toyed with his rivals to take out the Listed Super Impose Stakes as the heavily backed favourite at $3.40 eased down over the line by Damian Lane.

Majorbeel and Sir Torobeel set a very fast tempo over the 1800m trip, as Mr Maestro and Makalu tracked the speed. However, when the leaders hit the 500m mark on the home bend there wasn’t another horse that punters would have wanted their money on as Mr Maestro strolled to the lead and booted clear, to then go on to win by two lengths eased down.

Andrew Forsman and his team took home both races that they had runners in, completing a very successful Turnbull Stakes Day with more to look forward to in the future, with the Victoria Derby and Thousand Guineas in the coming weeks.

“Yeah a great day, two for two and really wrapt with how the team’s going here obviously.” Andrew Forsman exclaimed as he was very happy two see both of his three-year-olds win their races at Flemington today.

“Yeah, perfect spot both times and we just said ride it like the last one and he put exactly in the one-one and he was just too good.

“There’s the obviously lead up option. So we haven’t locked anything in just yet, just whatever suits him best going into the Derby.” Forsman suggested that the Derby will be the grand final and they will map out a way to get there in the coming days.

“It was a solid clip throughout and as the leaders started to get a little tired he just towed me into the race and he was just travelling so well turning for home.” Lane confirmed when asked how well Mr Maestro was travelling on the turn.

“Quite incredible. When he turned up at Sandown for his first run here he was a little bit heavy and woolly, he really had a New Zealand winters coat on him.

“Yeah for sure.” Damian Lane also agreed when he was asked if it’s all going well for a Derby.

Mr Maestro is now the $4.50 favourite for the Victoria Derby on October 29 with most online bookmakers after his back-to-back wins at Flemington.