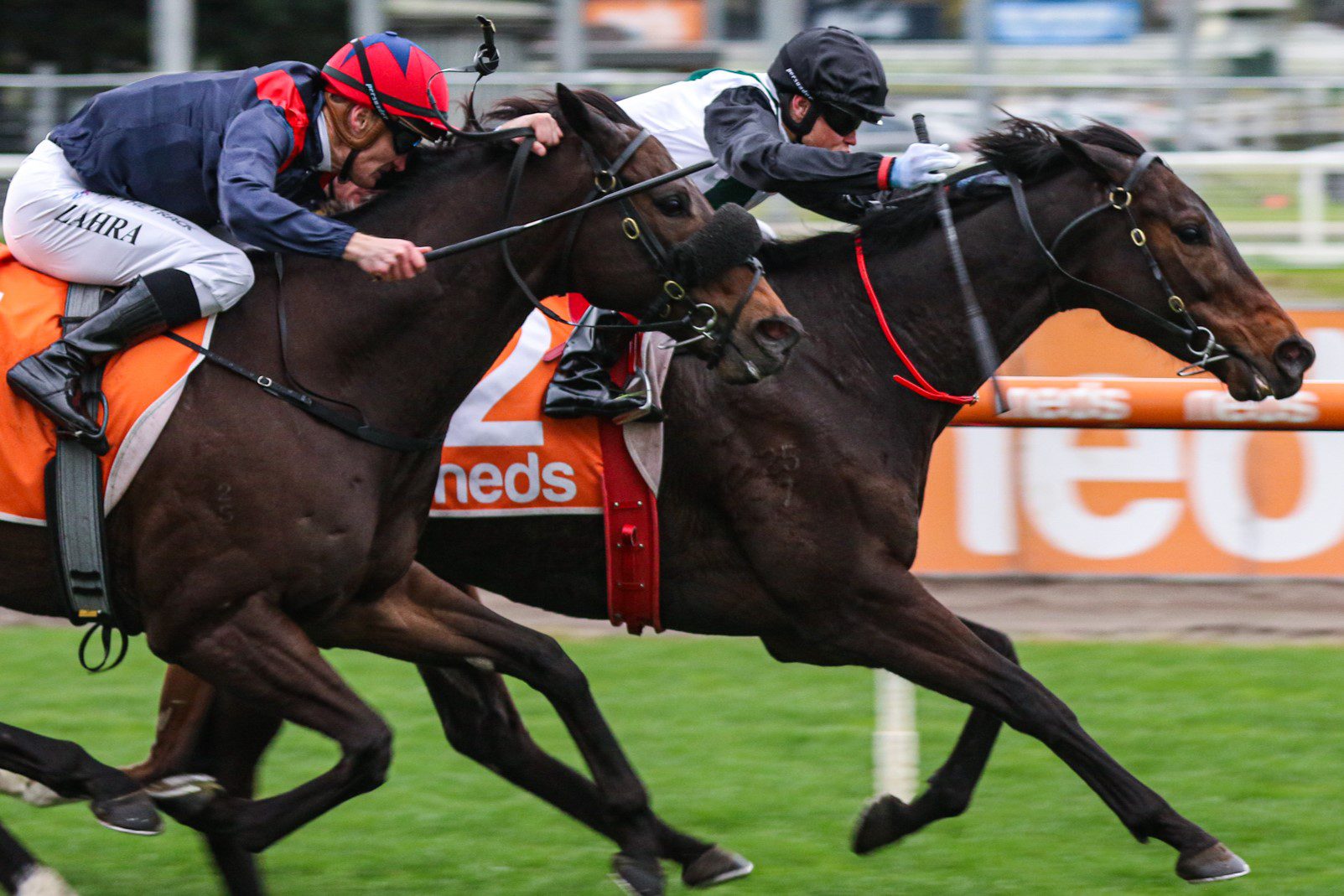 Mr Brightside has started his spring campaign right where he left off in the autumn, with a gritty win in Saturday’s Group 2 P.B. Lawrence Stakes at Caulfield.

The Ben & JD Hayes-trained gelding finished his autumn campaign with a classy win in the Doncaster Handicap in Sydney, so to win first-up over 1400m in the spring was a huge thrill for co-trainer Ben.

Given a beautiful ride by Craig Williams in today’s $300,000 event, Mr Brightside fought hard in the concluding stages to deny the Peter & Paul Snowden-trained I Am Superman by two-tenths of a length.

“Beautiful ride by Craig and boy he was tough. He really knuckled down and hit the line really hard – he was right in for the fight – and I think that’s really exciting going forward because he wasn’t wound up today and he’s definitely announced himself.”

Despite never winning beyond 1630m, the son of Bullbars holds a nomination for the Caulfield Cup, Cox Plate and the Melbourne Cup, with Hayes of the belief that he will be at his best over 2000m.

“He showed he can mix it with them in the All Star Mile – it was a very good run there, and then obviously the Doncaster,” the co-trainer said.

“But today to win first-up – something he hasn’t done for us – and really knuckle down and stretch out like that was really exciting.

“That was excellent. A big thrill. I wish they were all like him. It’s going to be an interesting prep.

“I’d love to see him out to 2000m – I actually think he’ll be better when he gets past the mile, so I think we’ll stick to our guns and head to the Feehan – give him a look at The Valley and that might give us an idea where we go after that.”

With the Cox Plate (2040m) the target this spring for Mr Brightside, online bookmakers have the Group 1 winner rated a $26 chance.