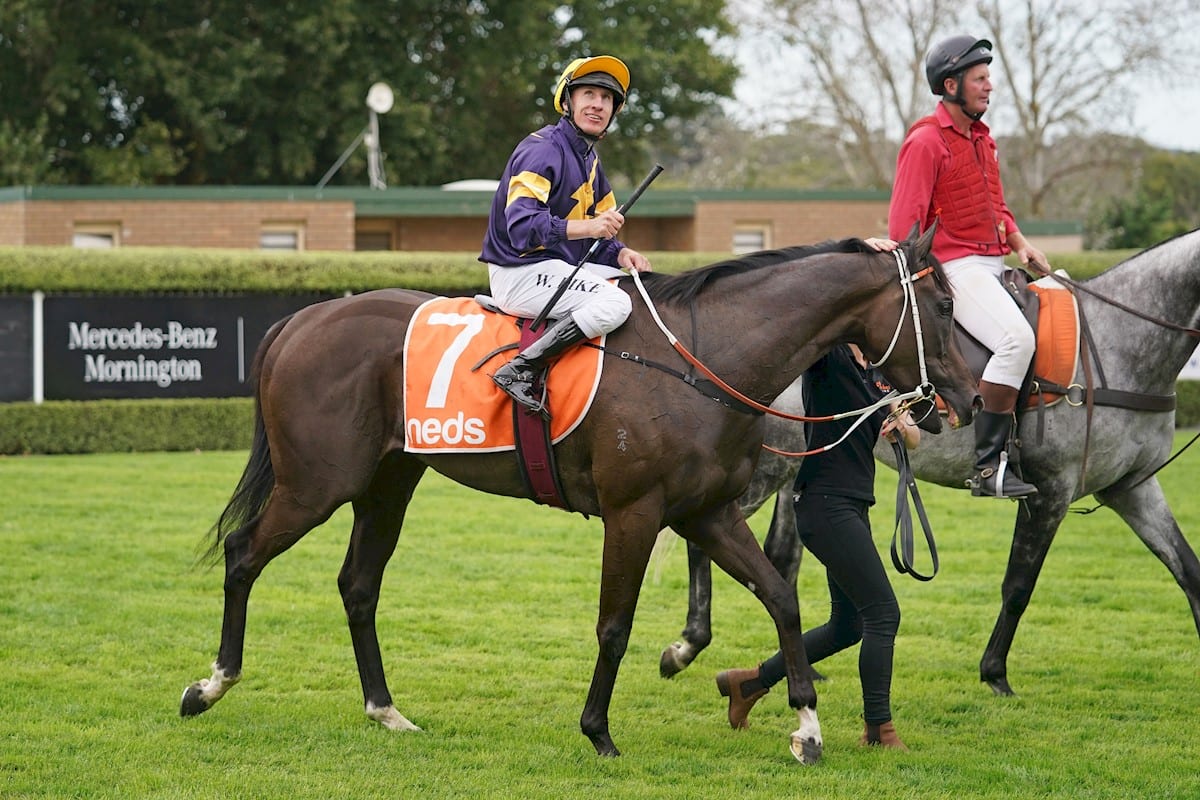 The pressure of gaining a Caulfield Cup start for Mount Popa has been relieved for Hawkes Racing with the Irish-bred import leading throughout to claim the Mornington Cup.

Victory in Saturday’s Listed race over 2400m provides the winner a ballot exemption into the Group 1 Caulfield Cup in October.

Pike wanted to find cover aboard Mount Popa, but was forced into leading. Content to control the speed, Pike increased the tempo passing the 600m before booting clear on straightening, racing to a comfortable win.

“This bloke, he’s going to the paddock and he’s got his golden ticket into the Caulfield Cup,” Hawkes said.

“You’ve got to let them tell you (what to do next) because no matter what their form is we just look at it as a blank canvas. We look at the physical and see how they are and he only had one run left in him, which was today.

“Now he can go and have a ‘fat’ spell. There’s a long time until the spring now.

“We’re going to have really good grass weather for the horses to go and eat the good grass over the rest of the autumn.”

“It’s all worked out perfectly.”

Pike, having his first ride on Mount Popa, said there was a lot to like about the stayer who has won three of his five start in Australia.

“The moment I cantered off on him I knew I had a serious horse underneath me,” Pike said.

“The only thing that made me a little concerned was that he looked around a bit in front. He didn’t take the turns that well because he was having a look around, but at the end of the day, he was too good.”