Morrissy Steps Up In Distance At Caulfield 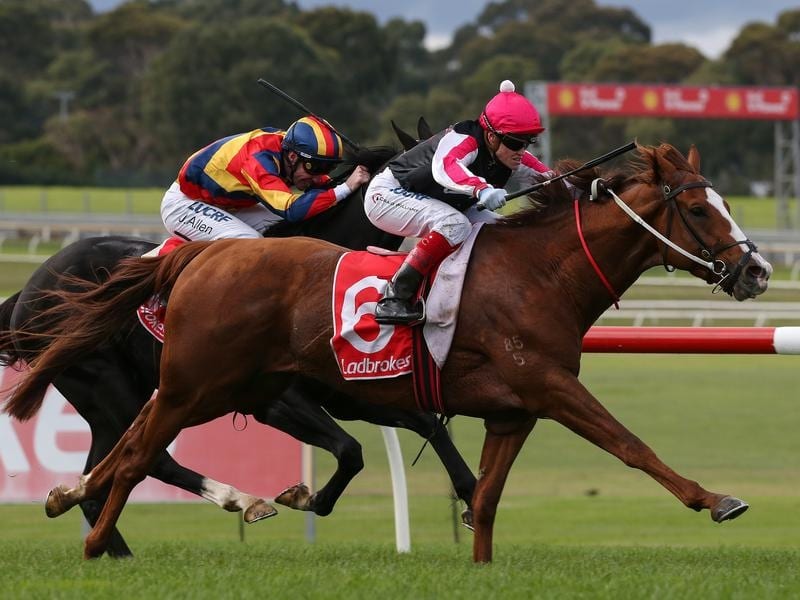 Dual city-winning three-year-old Morrissy will open up more options if he continues his good form in his first try over 1400 metres at Caulfield.

The Leon and Troy Corstens-trained colt steps up in distance in Saturday’s Long Fine Plate against his own age having won over 1200m at the same track three starts ago.

He added another metropolitan victory at his most recent start at Sandown, again over 1200m, on June 15 in his first race for six weeks.

“He’s racing very well and I think we got it right going into his last start by giving him that little bit of time in between runs,” Troy Corstens said.

“I think that suited him quite nicely. He has done really nicely since that win.

“The 1400 metres is a little bit of a question mark but he has drawn well (1) with Craig Williams on and he gets every chance.

“I think he will get it but if he doesn’t we can always just drop him back.”

Morrissy, who has 60kg, is the $2.15 favourite and one of two runners in the race for the stable with Really Swish at $9.50 and carrying 8kg less than his stablemate.

Corstens says Really Swish has ability, and can hit the line strongly, but did not appreciate a heavy track last start at Mornington.

He said Really Swish had also been a little frustrating because he mixes his form.

“He is down in the weights which is going to help him,” he said.

“But I think Morrissy has probably got the class edge on Really Swish at the moment.”

Corstens is hoping to get Really Swish to the VOBIS Gold Reef for three-year-olds over 1600m at Caulfield next month while plans for Morrissy will rest on how he performs on Saturday.

“Morrissy’s still immature but I think he’s a horse who is going to be around for a while. He’s a really nice horse,” Corstens said.

“He’s got a fair bit of weight on Saturday so that’s going to be a good test for him.

“If he wins again I’ll have to really sit down and see where we are going after that.”