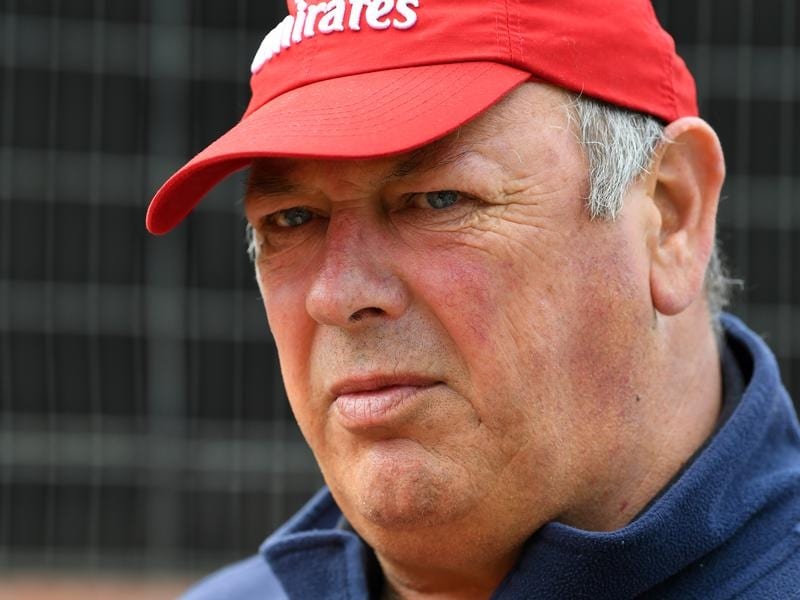 Trainer Mike Moroney is expecting a vastly improved performance from Milwaukee when the sprinter returns to the straight course at Flemington.

Milwaukee was well beaten first-up in a 1200m-handicap at Caulfield on April 11, finishing second last on a soft track, and drops back in distance in Saturday’s WCDR Ian Bayles DFC (1000m).

The gelding has not attempted 1000m before but has excelled on the straight course.

From seven starts over the Flemington 1200m the gelding has three wins and three placings while he also has a win over 1100m.

“His work this week has been superb.

Moroney said Milwaukee took plenty of work to get fit and he was not surprised he weakend first-up.

“He’s such hard horse to get fit. You’ve got to really get the work into him and he has prepped up nicely for this race as if he’s turned the corner,” he said.

“And he loves the straight so I expect him to run really well.”

The trainer’s other runners on the Flemington program include last-start Caulfield winner Mirimar in the the William Newton VC Handicap (2600m) in which he takes on the Danny O’Brien-trained Melbourne Cup winner Vow And Declare.

Moroney thinks Mirimar will run well but does not expect him to beat Vow And Declare who he believes is thrown in with only 61kg under the Quality conditions, with the limit weight up to 56kg.

“On weights and measures we can’t beat that horse,” Moroney said.

Mirimar is being aimed at the Listed Warrnambool Cup (2350m) on May 6.

“I’ll be disappointed if he does not run well. Once he strikes form he usually holds it,” Moroney said.