Morgan On Weather Watch With Ligulate 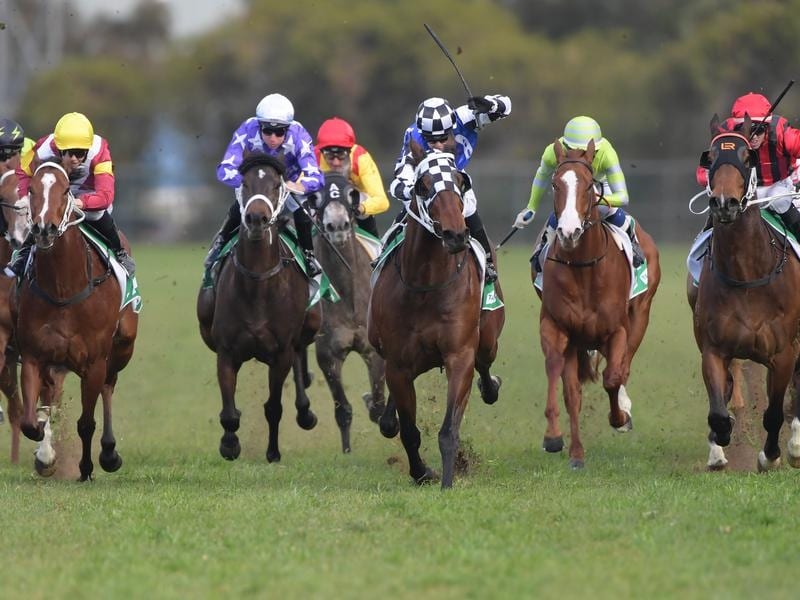 Cody Morgan will be keeping a close watch on the skies as much as Ligulate’s opposition in Saturday’s Listed Tattersall’s Mile at the Sunshine Coast.

Corbould Park was rated a heavy eight on Thursday after copping 41 millimetres of rain in a 24-hour period until 8am, taking the weekly total to 60 mls.

Morgan is desperate for some drying weather because he is adamant Ligulate is an inferior performer on wet tracks.

“As long as he’s not on anything worse than a soft six or soft seven then he’s at his best,” Morgan said.

“In the Country Championship Final last year we ran him on really wet ground and because he’s such a big, heavy horse he’s not as good on those sort of surfaces.”

Last year when Morgan took over the training of the gelding he regarded him as a sprinter until his victory in a 1630 metre class six at Doomben prompted a rethink.

“When Godolphin had him they tried him at a trip and he didn’t really handle it as a young horse and that probably got stuck in my mind to keep around the seven furlongs,” Morgan said.

“But as he’s got older he’s handling the mile and further no worries at all.”

Ligulate has been a revelation during the summer carnival in Queensland.

After finishing a close second, beaten a short half-head by Tokoriki Lad at the Sunshine Coast, Ligulate won three of his next four starts.

“We had him second up in the Kosciuszko last October so he’s had a long preparation but he’s not showing any signs of needing the paddock just yet,” Morgan said.

“The three weeks between his last win and this race is pretty suitable then it’s two weeks and back up to the 1800 metres for the Gold Coast Stakes.”

Based at Tamworth, Morgan is enjoying another bumper season with 25 winners from only 106 runners at an impressive strike rate of 23 per cent.

He is rapidly closing in on his tally of 28 winners last season and is well on the way to breaking his personal best of 35 wins set in 2018-19.