Moretti can win richest race at Gulfstream Park on Thursday 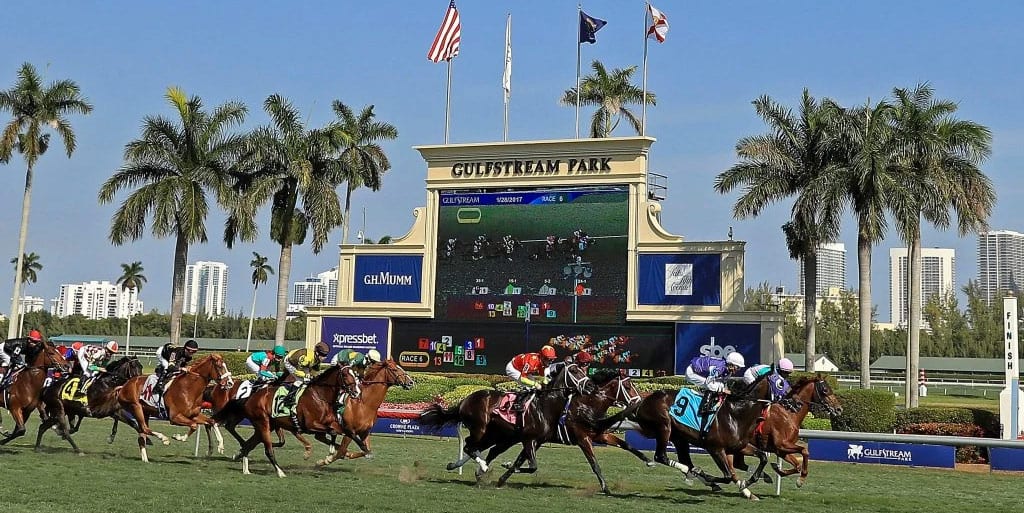 There is a 10-race card at Gulfstream Park on Thursday with over $170,000 in first-place prize money up for grabs. The richest race of the day is the Allowance Optional Claimer at 17.07 EDT, in which Moretti can justify favouritism. The shortest-priced favourite is Spiritual King in the Maiden Claiming race at 15.03 and that horse is the most likely winner. Magical Mile can give favourite backers a good start by winning the opening contest at 13.00. The Maiden Claimer at 14.00 and the last race at 17.38 have attracted the biggest field with 16 runners apiece, with Mighty Road the horse to beat in the getting-out stakes.

All the races at Gulfstream are confined to horses aged three or three and older except the race in which Moretti runs, where horses aged four and older are eligible. While the racing has little variety in terms of age, the distances range from five-and-a-half furlongs to one mile and half a furlong. Gulfstream has a one-mile oval turf track and an oval dirt course over nine furlongs. There is no draw advantage in races beyond one mile. Gulfstream stages three Grade I races, 18 at Grade II and 22 at Grade III level. However, the Breeders’ Cup has not been held on the course since 1999.

Course experience is important on the dirt and turf tracks at Gulfstream. The leading jockeys at the current meeting, which began last November, are Irad Ortiz, Luis Saez and Paco Lopez. The leading trainers over the last four months are Todd Pletcher, Michael Maker and Saffie Joseph. When any of these jockey and trainers join forces you should take note of the horse. Five horses have won two races at the meeting and they will be noted when they next run.

Moretti is only the joint-third highest rated horse in his race, which has a first prize of $28,979. Gran Omro has the highest Official Rating and was a beaten favourite last time out. However, Moretti showed enough in three starts to suggest this race is winnable at +137.5 with BetOnline.

The Maiden Claimer over one mile for horses aged three has a first prize of $18,901 and 13 horses have been declared to run. Strong Headed has the highest Official Rating after finishing third on his first start over the course and distance. Ratify is a progressive horse that was second at the trip and on the track 49 days ago. However, Spiritual King has a form edge and can oblige at +125 with BetOnline.

The first race on the card at 1pm local time is a good opportunity for Magical Mike to win a race after three unplaced efforts. The ability of the horse may be better than the form suggests. He takes a drop in class and a race at this level is winnable. Jack Beanstalk was beaten as the favourite last time out and has not won in five starts, so Magical Mike is the selection at +175 with BetOnline.

If bettors need a winner after nine races, Mighty Road can do them a favour in the contest that closes the meeting. The Maiden Special Weight over one mile for three-year-olds features five debutants and seven others that are racing for the second time. Mighty Road is an interesting newcomer that can win this race at +187.5 with BetOnline.