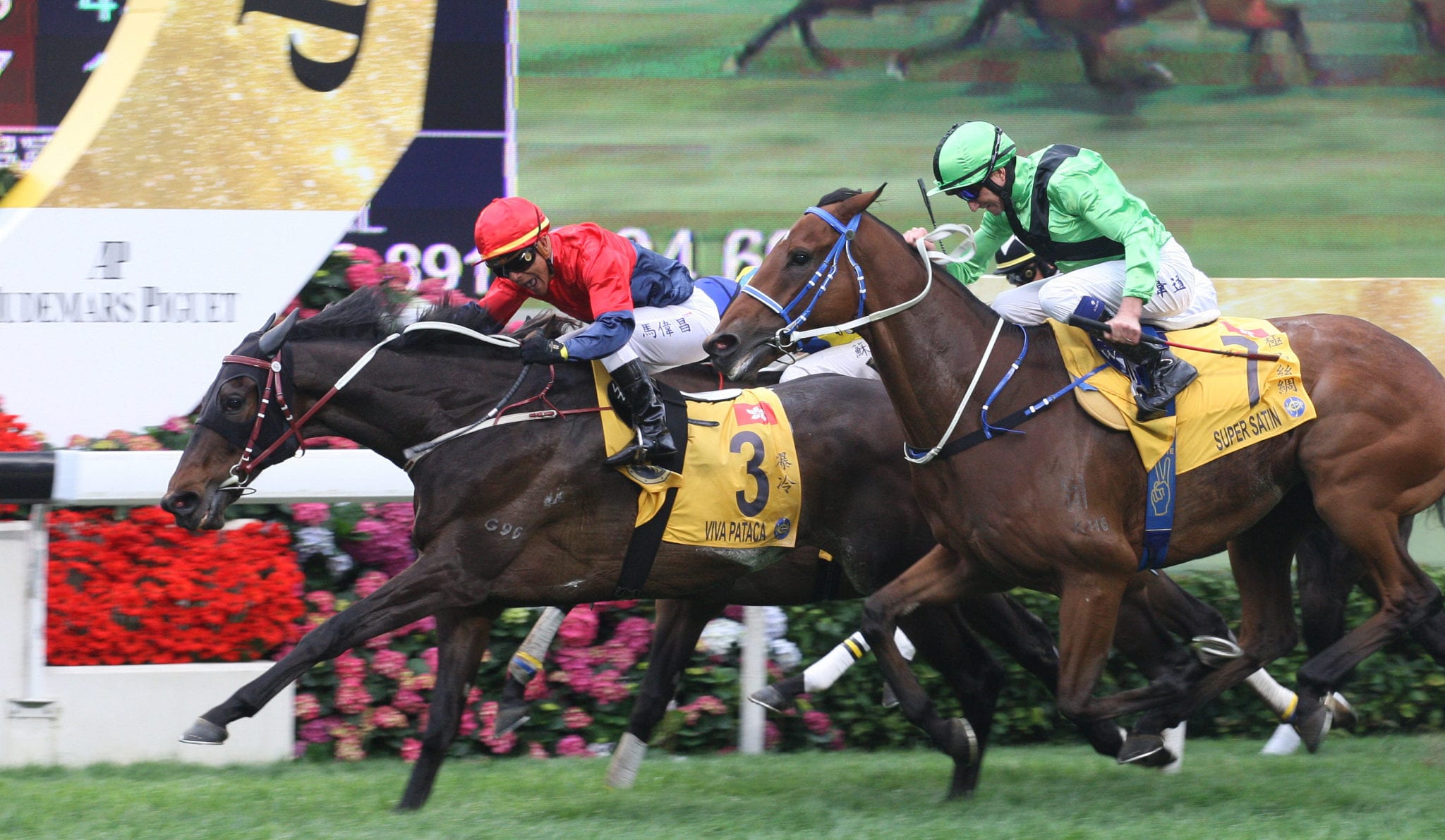 John Moore has the best overall record of any trainer in the Group 1 features that now make up Hong Kong’s HK$63 million FWD Champions Day.

Viva Pataca’s brace heads up his five wins in the FWD QEII Cup (2000m), Able Friend and Beauty Generation are among his incredible eight FWD Champions Mile (1600m) successes, and while he has not landed the Chairman’s Sprint Prize (1200m) since it gained full Group 1 status four years ago, he did win it four times before that.

His Champions Mile record is such that it might never be matched: he’s won seven of the last 10 including four on the bounce between 2010 and 2013. And he achieved a remarkable feat when in 2010 he sent out the veterans Able One and Viva Pataca to win the Champions Mile and QEII Cup, three years after pulling off the same double with the same two gallopers.

Moore knows that Sunday (26 April) might be the last time he saddles a horse in any of those three majors – after more than 45 years in Hong Kong, at 70, he has hit the age ceiling at which the Hong Kong Jockey Club’s compulsory retirement policy must be followed. But rather than gaze back wistfully at the glories of yesteryear, the seven-time champion trainer is focused on the tasks at hand and what comes next.

His here and now revolves around Beauty Generation’s attempt to pull off an unprecedented Champions Mile hat-trick, and Aethero or Thanks Forever being primed to deliver that Group 1 Chairman’s Sprint Prize win.

In July, he intends to join his brother Gary Moore in Australia “at Rosehill – we’re just waiting to see how many boxes and I think we’ll have 40 or 50 horses,” he says.

While Moore is readying for the “next adventure” he does admit when pressed that he occasionally pulls out the old footage of his first flagship racer to gain global recognition.

“I might once in a while have a look at Viva Pataca all those years ago and I go ‘wow’ and I do enjoy that,” he says. “But it’s more like when you might re-run an old home video of a family gathering and get excited for the old days – I do it sometimes but not often.”

Moore does though have a soft spot for his outstanding champion miler Able Friend who was superlative when winning the 2015 Champions Mile.

“Able Friend always will be admired for what he could do at both ends – you could have him up on the speed or he could come from off the pace, he was so versatile. Of all of them, Able Friend would be the one I’d run the video back and get excited, he was something!” he says.

But, again, he checks himself and pulls his thoughts back to his current superstar.

“I live in the present,” he reiterates. “Here’s Beauty Generation and he’s an iron horse. Able Friend broke down and this horse hasn’t, and you take that into consideration, the way he keeps going. He’s now getting close to being my favourite – you just look at that record he’s put together.

“He keeps doing it! Look at what he can do, racing time and time again on firm tracks, the wins he’s had, the records he’s broken. And they’re all gunning for him. He gets out in front and he gets shot at from every angle, but at his best he was so impressive that they were scared to take him on – he’s capable of running sectionals that other horses can’t live with at a mile.”

Moore does harbour a sense of regret that the Covid-19 pandemic has prevented overseas horses from taking on Beauty Generation this weekend but that is lessened by the relief that racing is still going ahead in the city.

“People might say, well he only beat the locals, and I’d say ‘you’re right but this is all we could do with the Coronavirus,’ so we’re out there to win it and get that third Champions Mile. It’s all we can do in the situation the world is in at the moment,” he says.

“The fact is, without the international runners this year it’s still an important event but it’s not doing what it was put on the racing calendar for. It’s a home run event, and, as things are right now, we’re just grateful for that – it provides a great focal point for the sport when you think of all the places that are shut down.”

“I don’t know that there’ll be extra satisfaction,” he says. “I’d think of it as a lead-in to what I hope we can do in Australia. If we can win two of them with Beauty Generation and Aethero, or even Thanks Forever, it would be a great ending to Hong Kong but more so the ending of one chapter and the opening of a new chapter in Australia.

“I want to go and complete the bucket list by training that elusive Group 1 winner in Australia, so Champions Day is really a lead-in to that move. That’s what makes it a bit more exciting perhaps – I’ve done everything I had to do in Hong Kong and I want to take that impetus into Australia.”