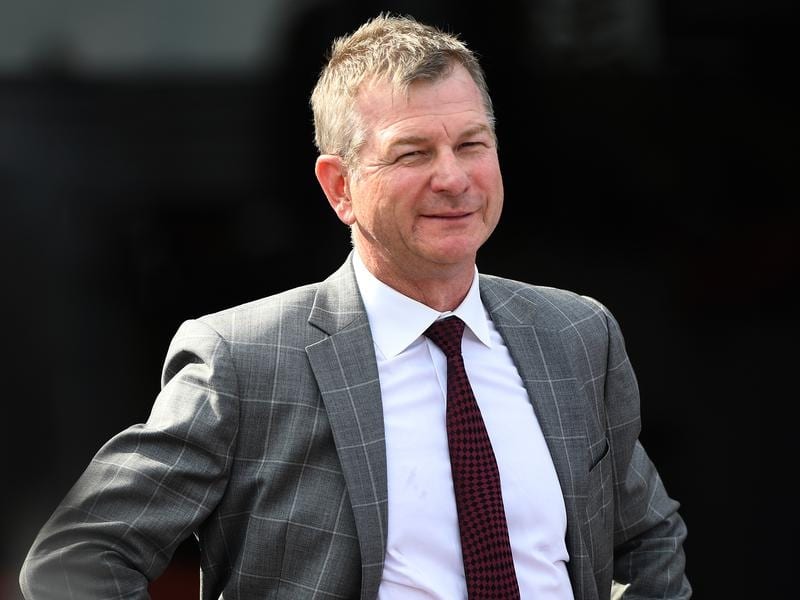 Regarded as one of the most promising staying fillies of her generation, Frankely Awesome has arrived at a career crossroads this winter.

The mare will be one of four runners for trainer Kris Lees in the De Bortoli Wines Handicap (1800m) at Rosehill on Saturday, a race which will go a long way to deciding her future.

Twice Group One-placed behind Verry Elleegant as an autumn three-year-old, the daughter of Frankel was on a spring carnival trajectory when she was sidelined by a problematic knee.

It has restricted her to just two subsequent starts and Lees admits the road back has been arduous.

“She’s not where she was 12 months ago when she was placed in the Oaks, she had a long time off with a knee issue,” Lees said.

“We gave her a run then backed off so we could get these right type of winter tracks for her and that will show where she’s at and what type of desire she’s got to continue to race.

“Her work is good, she just needs to bring that to the races.”

Stablemate Attention Run has likewise been set an off-season mission after three unplaced performances leading into the autumn.

Lees felt a tough first-up effort flattened her for the campaign so he aborted carnival plans and changed tack towards a winter preparation.

The mare scored an impressive heavy track win at her Australian debut a year ago and Lees is hopeful she can rediscover that type of form.

“She handles wet ground and she’s won first up before so it wouldn’t surprise me, with her soft draw, for her to run a race,” Lees said.

“I’d say Articus is the horse you’d be tipping. His runs have been good, he’s looking for this trip and he likes the soft ground.”

Two-year-old stablemate Meadow Land heads to town for the Darley 2YO Plate (1100m) after breaking his maiden at Newcastle.

While the victory was narrow, the first two across the line put a gap on the rest of the field and Lees felt it was the right time of year to raise the bar.

Trainer Gerald Ryan has scratched Albumin from Rosehill due to the heavy track and will weigh up whether to start Bandersnatch.

The three-year-old is scheduled to contest the final race but given his 59.5kg impost, Ryan is concerned the conditions may become testing late in the day.