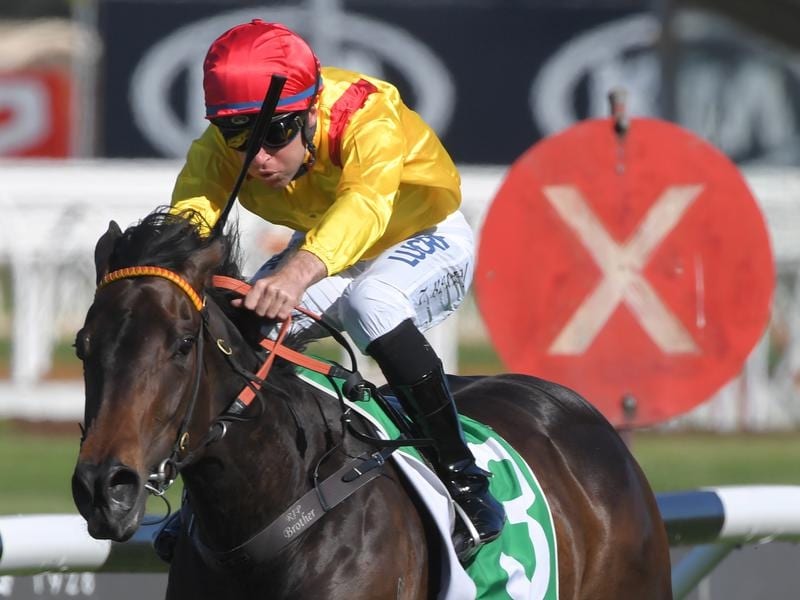 Trainer Anthony Cummings has been taken aback by the breadth of appeal the $7.5 million Golden Eagle has garnered in its inaugural year as a high class group of Sydney locals try to stave off challengers from far and wide.

Along with a trio of international raiders – Beat Le Bron, Never No More, and I Am Superman – the race has attracted Tasmanian star and Silver Eagle winner The Inevitable, South Australian Behemoth and former West Australian mare Arcadia Queen, now with the Chris Waller stable.

“It’s certainly got everyone’s attention and it’s a race of some quality.”

Along with the international and interstate brigade, the Golden Eagle (1500m) has pulled in some local star power.

Doncaster Mile winner Brutal and Epsom Handicap winner Kolding are proven at the highest level while Classique Legend is widely considered a topliner in waiting.

Victorian-trained Sunlight and Arcadia Queen are also Group One winners, both coming through unplaced runs in a hot Everest field.

Cummings saddles up the under-rated Mizzy who finished third behind Saturday’s rivals The Inevitable and Fasika in the Silver Eagle (1300m) following a hat-trick of stakes wins.

Drawn ideally in six, Mizzy is expected to settle on speed and make her own luck.

“She’s got a nice barrier so she should get a decent run and she will be in the finish,” Cummings said.

“She’s had a couple of long preparations before and she’s been fine from start to finish so I can’t see why it would be any different now.

“And I think for her, the three weeks between runs helps.”

Mizzy was $26 with TAB Fixed odds on Friday with punters again favouring premier trainer Chris Waller to be the beneficiary of a lucrative payday after two weeks ago claiming the $14 million Everest with Yes Yes Yes.

Despite her double-figure odds, Cummings is confident Mizzy will give the Golden Eagle a shake.

“I’m going there seeing her as a winning chance,” Cummings said.

“But we’re proud of her regardless of what happens because of what she has done already.”

Mizzy will be one of two Rosehill runners for Cummings along with three-year-old Indy Car for prolific owner Gerry Harvey in the opening race.

A winner of his only start at Newcastle, Indy Car will be on trial for a tilt at the Group Three Spring Stakes (1600m), which has been shifted from its usual September timeslot to the stand-alone Saturday meeting at Newcastle on November 16.