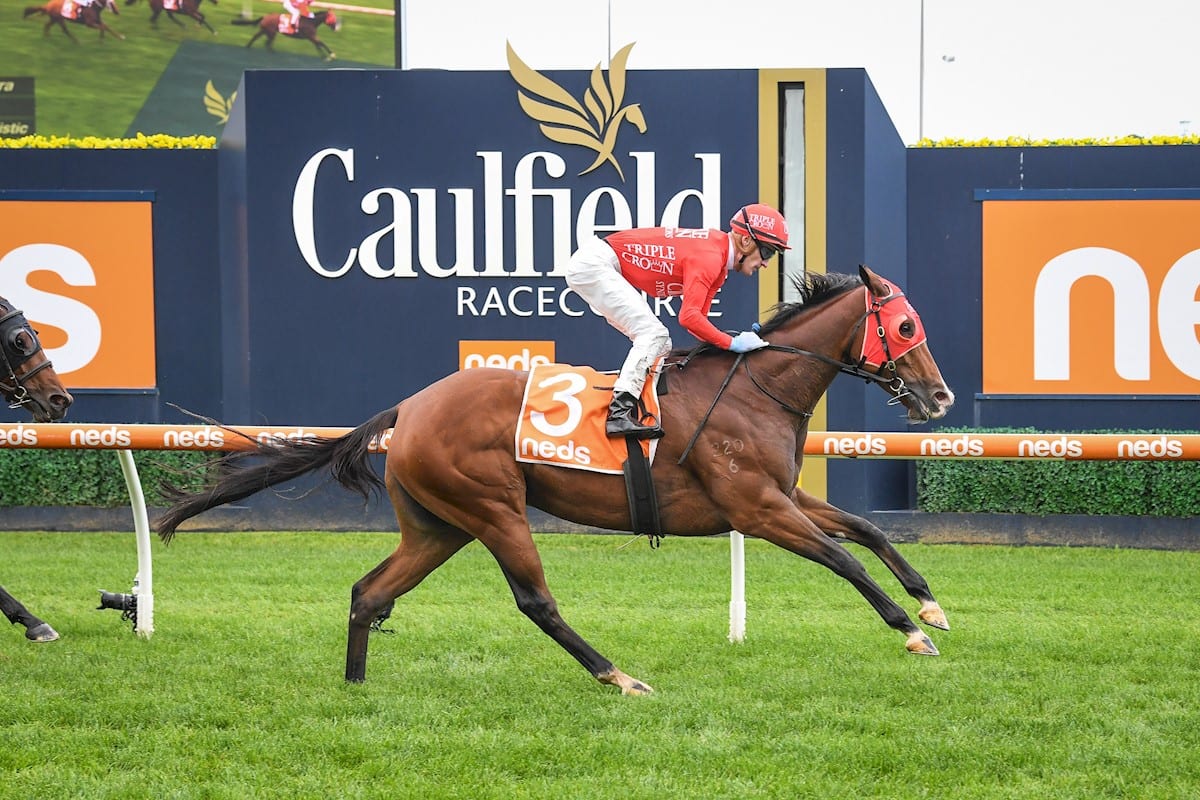 Missile Mantra looks set for a good campaign producing a barnstorming finish to record a first-up win at Caulfield.

Against four opponents, Missile Mantra settled last in the field before Mark Zahra improved his position coming to the turn.

Andrew Angelone, representing trainers Peter and Paul Snowden, said Missile Mantra had a setback early in the campaign which delayed her racing return.

“She’s been trialling up a storm but she started off the prep with a bit of a niggle and an infection in a leg and it has taken time to get her back,” Angelone said.

“She’s come back in great order and I thought she’d run really well.

“Dollar For Dollar and Native Soldier are very nice sprinters and she was close enough to them as she normally she gets too far back in big fields, but that’s the way she needs to be ridden.

“Today it seemed to work out perfectly.”

Angelone said the stable would be guided by the mare’s recovery from Saturday’s win, but he said there were options in Sydney and Brisbane.

Dollar For Dollar was looked upon as one of the better bets on Saturday’s program in some quarters and was sent off the +170 favourite, but after leading finished last, more than eight lengths from the winner.

Co-trainer Calvin McEvoy was at a loss to explain the performance and asked Racing Victoria veterinary staff to scope the gelding.