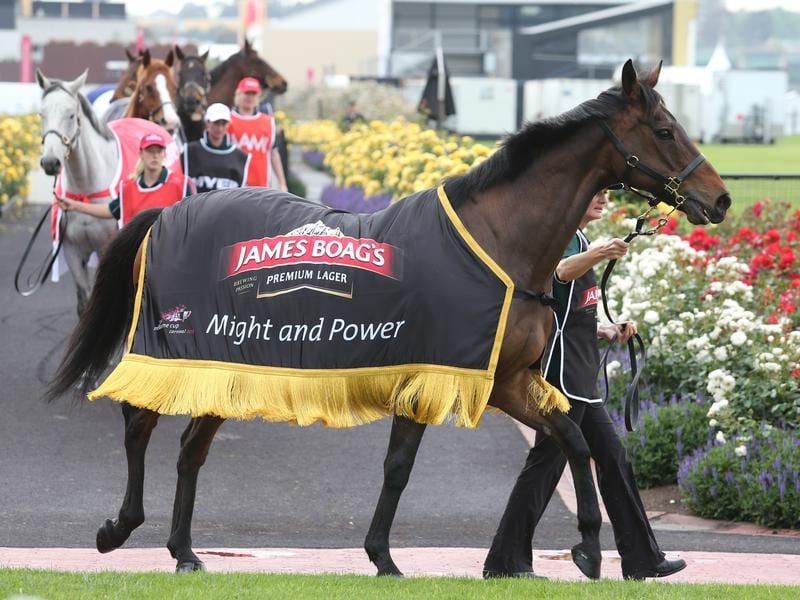 Champion Might And Power has died aged 26 after a bout with colic.

A resident of the Living Legends retirement home near Melbourne, the 1997 Caulfield and Melbourne Cups winner was rushed to Werribee Equine Centre on Saturday night but could not be saved.

He backed it up to lead all the way and hold off Doriemus in the Melbourne Cup.

The following year he won another five Group One races including the Cox Plate to join Rising Fast as the only other winner of all three and the first reigning Melbourne Cup winner horse since Phar Lap to win the weight-for-age championship.

He was twice named Australian Horse of the Year.

Living Legends chief executive Dr Andrew Clarke, said he and his team were heartbroken to lose a once-in-a-lifetime horse.

“Our hearts are with owner Nick Moraitis and Bob’s many fans, and also to our wonderful staff who cared for him every day. Living Legends will never be the same without our treasured Might And Power,” Clarke said.

Might And Power’s Caulfield-Melbourne Cup double earned him the title of the world’s best stayer for 1997.

The gelding was from the second crop of Zabeel and the first of the super sire’s three Melbourne Cup winners, followed by Jezabeel and Efficient.

He was retired in 1999 after suffering a tendon injury and became one of the most popular horses at Living Legends which is open to the public.

Might And Power was also a regular in the annual Melbourne Cup parade and took part in many promotional activities.