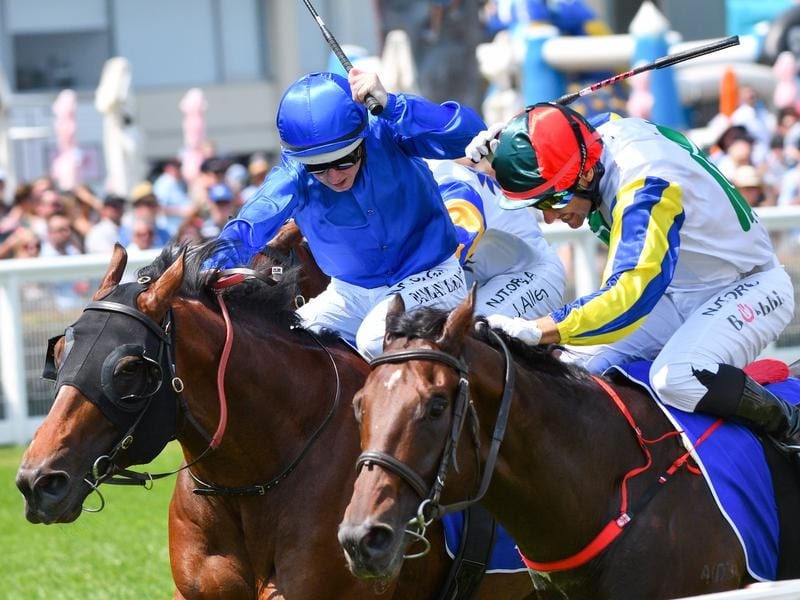 An important lead-up gallop in preparation for the Autumn Stakes at Caulfield had trainer James Cummings confident all was back on track with Microphone.

Cummings said the Godolphin-owned Microphone would not have been out of place in Saturday’s Group One CF Orr Stakes following that gallop.

Despite having to give weight to his three-year-old rivals courtesy of a Group One victory in the Sires’ Produce Stakes at Randwick last year, Microphone, the $2.60 favourite, powered late under Damian Lane to score over 1400m, the same journey as the Orr Stakes.

“He put in a beautiful gallop during the week and he really gave us an indication he was bang on,” Cummings said.

“He worked well enough during the week to run him in the CF Orr.

“It’s a pretty satisfying achievement for the stable.”

Cummings said the pleasing aspect was seeing Microphone still had the desire to win while also enjoying his racing.

The Godolphin trainer said there was a multitude of options for Microphone, conceding he would at some stage like to see the colt race over 1600m.

“We’ve got him in the Australian Guineas which is in three weeks,” Cummings said.

“We’ve got him in the Randwick Guineas, so whether we take him home to Sydney for the Hobartville in a fortnight, we’ll see.

“There is also the Futurity Stakes here, so a Group One win against older horses would look fantastic on his resume, so there is options for him.

“We’ll take our time, reflect on his performance today, and enjoy it.”