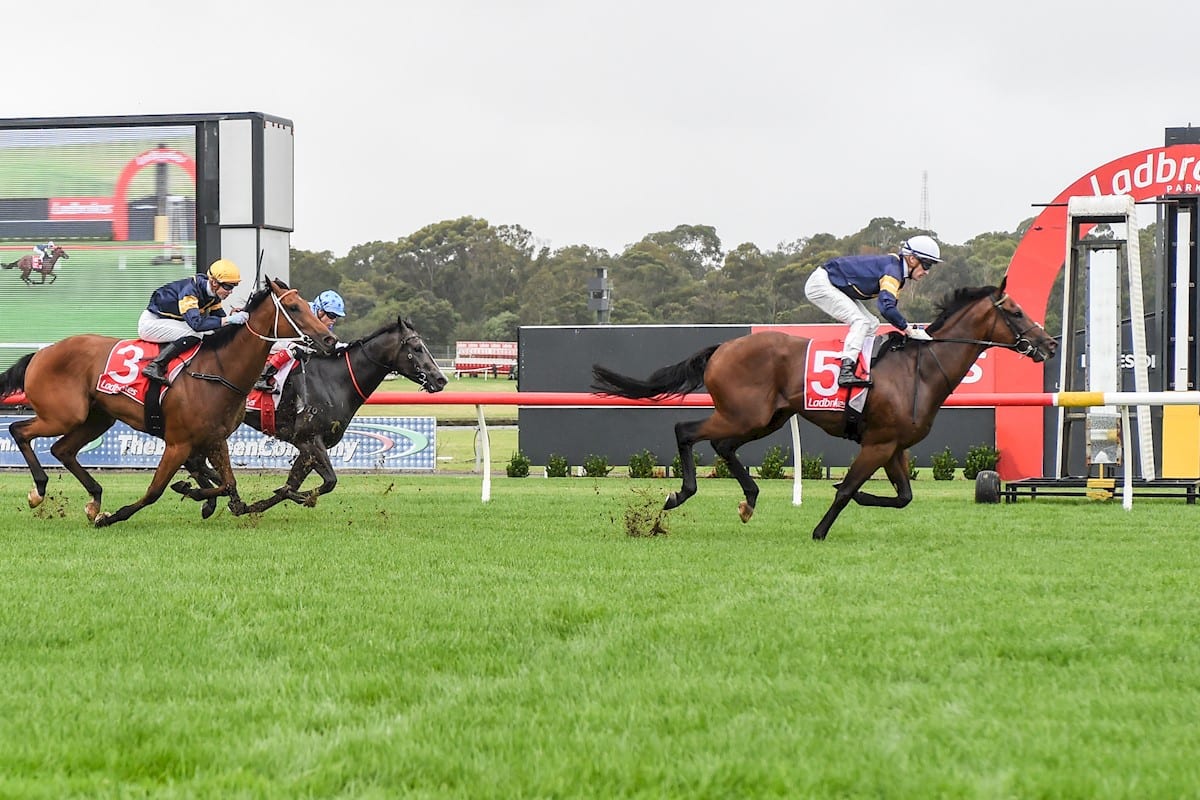 Mike Moroney hopes that with maturity Michigan will progress through the grades after his maiden victory at Sandown on Wednesday.

After running second at his first two starts at Benalla and Kilmore last year, Michigan made his return on Wednesday and was sent out a well-backed +140 favourite.

“He’s got a really good cross being by Written Tycoon from a High Chaparral mare and he’s got a little bit of both,” Moroney told racing.com.

“He’s been a little bit slow in picking the job up, that’s the bit of High Chaparral in him, but once he does pick it all up, I think he’s a pretty smart horse.

“He’s pretty unmade still, and at home he still hasn’t quite worked it all out, but when he does, he could be a really nice horse.”

Moroney said Michigan has learned a lot from his first campaign and his most recent jump-out at Flemington.

“Ideally we want to come to a Saturday class race if we could,” Moroney said.

“He’s won a race now in town, but to win a Saturday race would be ideal.”

Zahra has always held a healthy opinion of Michigan after partnering him in jump-outs leading up to Wednesday’s success.

“In his jump-outs he’s always been a bit keen, but today he settled well with his ears pricked outside the leader,” Zahra said.

Zahra followed up Michigan’s win with success aboard Biscayne Bay in the Ladbrokes Easy Form Handicap.