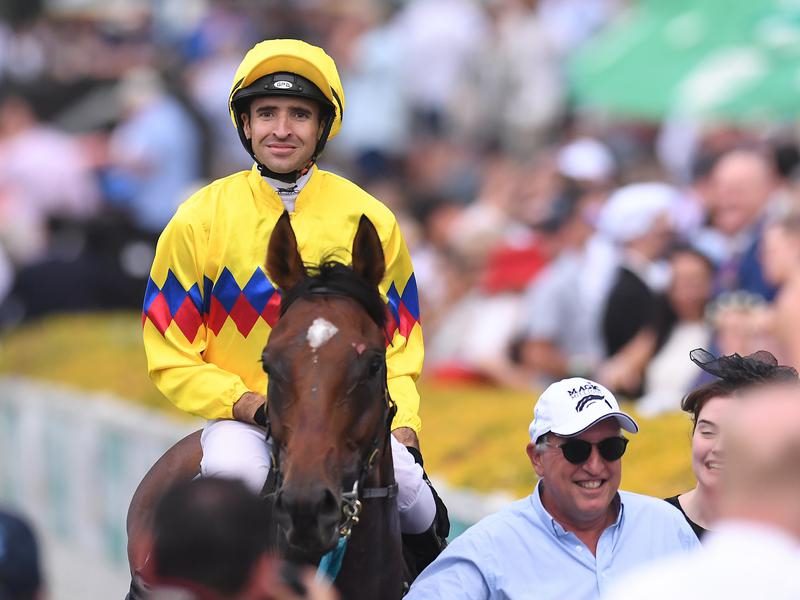 Jockey Michael Rodd might be lacking much-needed match fitness for his racing return at Flemington but he is eager to get back in the saddle.

Rodd spent five years riding in Singapore but with racing there in shutdown because of the coronavirus pandemic, he joined fellow jockeys Daniel Moor and Patrick Moloney in returning to Melbourne.

After two COVID-19 tests Rodd has been cleared by Racing Victoria to resume racing at Flemington on Saturday and the jockey had his first sit on a horse in trackwork in over six weeks on Tuesday morning.

“It was awesome to get back out there,” Rodd said.

“I was a little bit wobbly but I settled into it after a few and I’m sure I’m going to be a little bit sore tomorrow.

“But I did a lot of work in the hotel room and it really has shown and I’m happy with where I am at.”

One ride Rodd is looking forward to is former Singapore Horse of the Year Debt Agent – known as Debt Collector when racing in Singapore – in a handicap over 1600m.

Rodd rode the horse in 11 of his 12 Singapore victories, including five at Group One level.

“I rode some nice horses in Singapore, but he was the best,” Rodd said.

“When he was on, he was incredible.”

Debt Agent has yet to finish in the placings in six Australian starts, but Rodd said the gelding’s one dimensional style of racing was not always advantageous.

“He doesn’t jump out of the gates that well and he just flops back,” Rodd said.

“Hopefully on Saturday they’re hitting the line and he can show his best.

“It would be great to be able to win on him again with the history I’ve had with him.”

Rodd has five rides on Saturday including Montenegro Man, who is trained by Mark Kavanagh whom he teamed up with to win the 2008 Cox Plate on Maldivian.