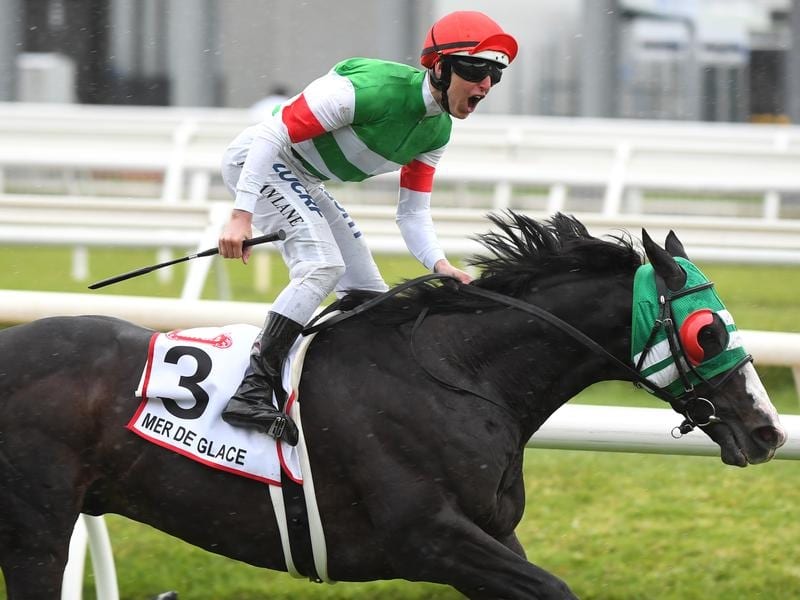 Caulfield Cup winner Mer De Glace has been given a 1kg penalty for the Melbourne Cup.

The penalty for Mer De Glace for the $8 million Melbourne Cup (3200m) on November 5 takes him from 55kg to 56kg and he is exempt from the ballot.

“The first six placegetters officially finished within two lengths of each of other and there was a litany of hard luck stories from the beaten runners.

“Mer De Glace faces a new challenge in the Melbourne Cup over 3200 metres at Flemington in 15 days and a new wave of challengers given 17 of the top 24 horses in the current Melbourne Cup order of entry did not compete in the Caulfield Cup.”

Caulfield Cup runner-up Vow And Declare has leapt six places in order of entry, courtesy of the $700,000 prize money he earned in the race coupled with the withdrawal of English stayer Gold Mount because of injury.

The Danny O’Brien-trained Vow And Declare is now 30th in the ballot for the 24-horse Melbourne Cup.

“You’d expect with normal attrition that he gets in,” O’Brien said after Saturday’s Caulfield Cup.

“We hope he does. It would be a real shame if an Australian horse like him doesn’t get a run.”

Last year’s Melbourne Cup third placegetter Prince Of Arran is still 38th and is entered for Wednesday’s Geelong Cup in which victory would make him eligible for a weight penalty.