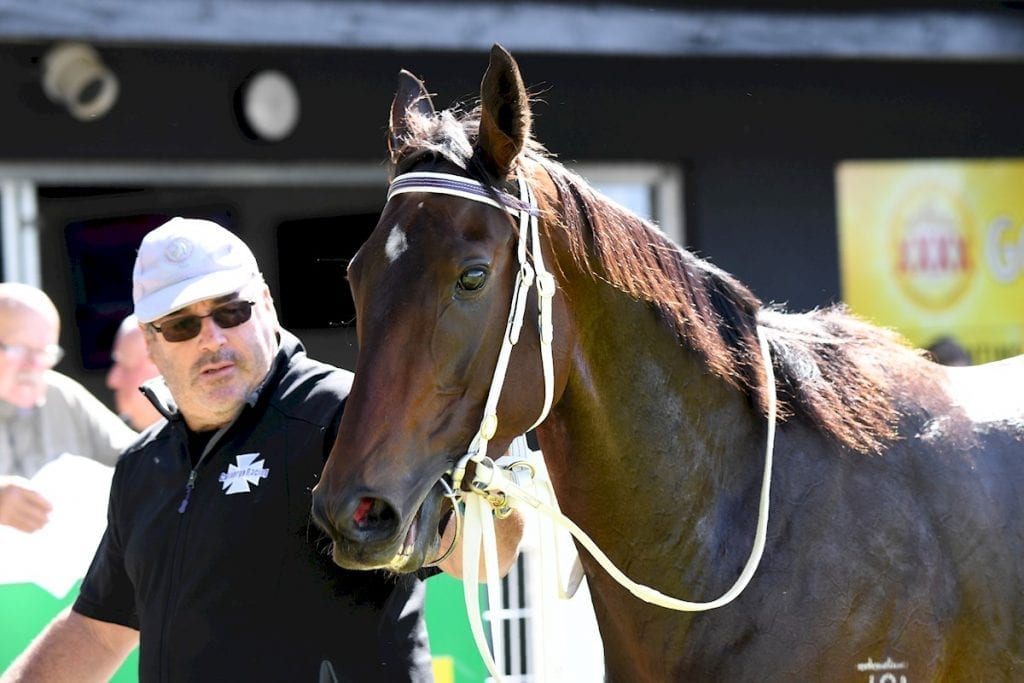 The Chris Calthorpe-trained Media Award absolutely floored punters when taking out the Group 1 Australasian Oaks at Morphettville (South Australia) on Saturday afternoon paying as much as +8000 fixed odds starting price.

Having been friendless in the market prior to the jump, the lightly raced filly fended off all her rivals to claim Group 1 success at just her sixth start.

She was thrown into the deep end on Saturday, having taken out a BM64 race in Victoria on a Tuesday only 12 days earlier.

It took an inch perfect steer from Luke Nolen to lift the Shamus Award filly over the line, fending off Personal and Ripper Rita.

Remarkably the win for Calthorpe came on Group 1 debut for the trainer and Media Award’s start in the Oaks was sensationally only Calthorpe’s 44th start as a trainer.

“To come here for this result is unbelievable,” Calthorpe said.

“We thought she had a chance. She is a horse on the way up, has a great attitude and is a horse with a lot to offer,” Calthorpe went on to say.

“We will go home tomorrow, but first I think there will be a big night out somewhere,” the Group 1 winning trainer said.

The win came in front of a big contingent of owners from the Lavington Panthers Football Club. Media Award was purchased for just A$5,000 and has now taken out the Australasian Oaks worth A$500,000 to the winner, and increased her value enormously as a potential broodmare.

The two market fancies in the Oaks simply did not handle the rise to Group 1 level. Steinem, who received the perfect run in the race, struggled to go on with it and finished ninth. Whilst Hela, the formerly unbeaten Tasmanian galloper weakened badly after leading the field up to finish last.

Media Award’s win is very similar to the path that Russian Camelot followed heading into the South Australian Derby in 2020, where he won a BM64 at Cranbourne, before coming out and claiming Group 1 glory at his next start in Morphettville.