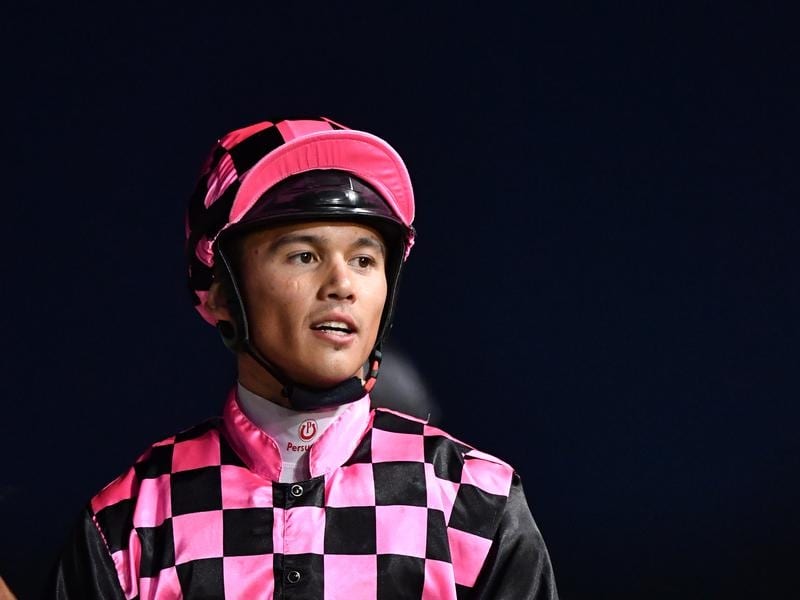 Queensland jockey Matt McGillivray has been suspended for four weeks after being found guilty of reckless riding at the Sunshine Coast.

The ban was McGillivray’s fourth suspension in three weeks and his second in two days.

Stewards found McGillivray had moved out aboard favourite Winning Shot at the 450m-mark in a 1000m-benchmark race on Sunday.

Winning Shot, who made made heavy contact with Teaz and Better Than Gold, finished a neck second to Simply so.

McGillivray’s four-week ban begins on March 22 and comes on top of an eight-day ban for causing interference in the last race at Eagle Farm on Saturday.

He was also suspended for eight days at the Toowoomba meeting on February 26 and six days at Doomben on February 19.

McGillivray will ride at Saturday’s rich Gold Coast meeting featuring the $500,000 2YO The Jewel and the $300,000 The Jewel for three-year-olds.

At Dalby on Saturday, the well-backed Bold Xavvi was declared a non-runner in the Lightning.

Wiggins applied to have the horse declared a non-runner after his barrier opened early.

He said he had restrained Bold Xavvi thinking it would be a false start.

Wiggins escaped injury in a fall at Rockhampton on Thursday and was fined $1000 at the Sunshine Coast on Friday for manipulating his safety vest before weighing out.