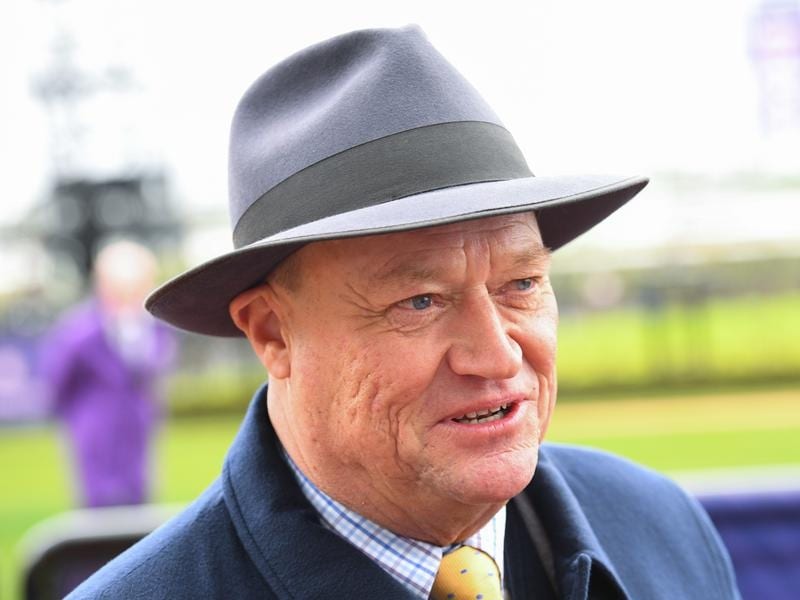 Prominent trainer Tony McEvoy is planning to kick off the careers of a pair of two-year-olds in Queensland with a view to giving them their chances to qualify for next month’s Magic Millions Classic.

McEvoy, who trains in partnership with his son, Calvin, has two-year-old filly Lopez and colt King And King nominated for the 1000m two-year-old Plate at Eagle Farm on Saturday and also an 1100m maiden for juveniles at the Gold Coast on the same day.

The trainer, who won the 2018 Magic Millions Classic with Sunlight, said the two were scheduled to fly from Melbourne to Queensland on Tuesday night with a view to running on Saturday.

“We’ll have one at the Gold Coast and one at Eagle Farm,” McEvoy said.

“I think Lopez will go to Eagle Farm and King And King will go to the Gold Coast.

“They go tomorrow night and my opinion is I think they are good enough to go.”

Lopez narrowly won an 850m barrier trial at Tatura on December 10 with King And King third in the same four-horse heat.

Multiple Group One winner Sunlight recently underwent surgery to remove a chip from the splint bone on her off-hind leg.

McEvoy said she had come through it beautifully.

“It all went uneventfully which was great,” McEvoy said.

“So she’s very happy and bright. No problems.”

In Melbourne on Saturday, the lightly raced McEvoy-trained three-year-old gelding Celtic Rebel is nominated for a benchmark-70 against his own age over the straight 1200m at Flemington and could earn a trip north.

Celtic Rebel is among Magic Millions 3YO Guineas nominations but is well down the order of entry.

The gelding resumed from a spell with a narrow win in an 1100m-maiden at Werribee on December 8 in his third start.

“He did a good job at Werribee, he just found that race a little bit sharp,” McEvoy said.

“But 1200 metres down the straight at Flemington is a much different race to 1100 metres around Werribee so he will go there and if he can figure well there we’ll consider taking him to the Gold Coast.”