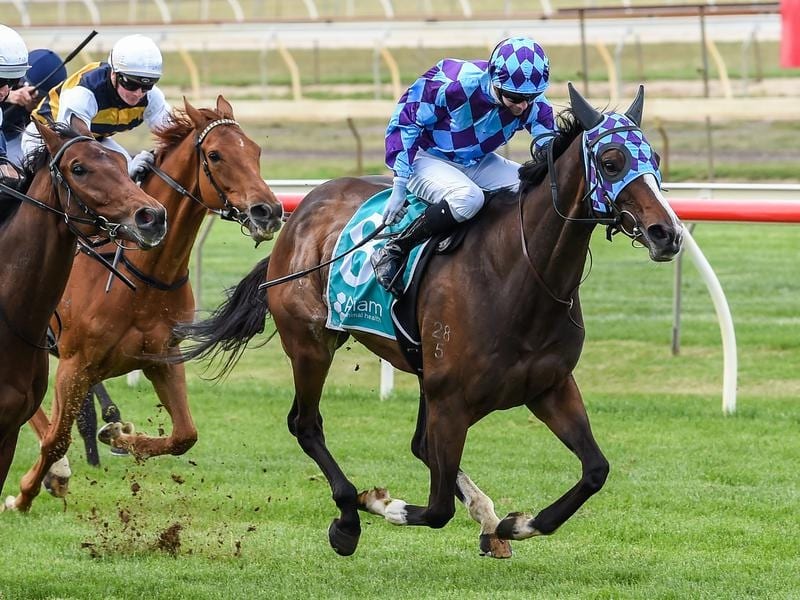 Although Princess Jenni burst onto the scene winning four of her first six starts, trainer David Brideoake knew even then that she needed time and was a long way from being the finished product.

Her last victory in that early sequence came in the 2019 Group One Australasian Oaks at Morphettville but Brideoake suspected she was doing it on pure talent and still had a lot to learn.

That learning curve came this year when she went winless until her last-start victory in the Bendigo Cup, which was her eighth run since March.

It was the five-year-old mare’s first start over 2400 metres and she held off the import Pondus, who subsequently finished second in the Queen Elizabeth Stakes.

“She’s needed time to mature and she now has the level of maturity to cope with that trip, which I think is perfect for her,” Brideoake said.

On Saturday at Sandown, Princess Jenni will contest her second race over 2400 metres, the Group Two Zipping Classic, and Brideoake believes she’s good enough to win.

“She’s finally got out to a staying trip and she was totally suited by it. She’s very sound and has made good progression,” he said.

Although Princess Jenni is a valuable broodmare being a Group One-winning daughter of High Chaparral, Brideoake is hoping she will continue racing and can figure in the major staying events next year.

He will target the Mornington Cup in March in a bid to win a golden ticket into the Caulfield Cup.

Brideoake also thinks Princess Jenni has the scope to develop into a Melbourne Cup horse.

“I don’t want to say it but there’s a 3200 metre race at Flemington I’ve got interest in,” Brideoake said.

Brideoake said Princess Jenni suffered a slight eye ulcer after she won the Bendigo Cup and had to have treatment which caused her to miss the Matriarch Stakes last Saturday.

However, the trainer didn’t mind as he was keen to see her over 2400 metres again on Saturday, rather than over the 2000 metres of the mares’ race.

“I think Pondus is the right form line,” Brideoake said.

“She’s ready to go. Her gallop on Tuesday was good and her demeanour is really good.

“We’ve got Jye McNeil on again and hopefully we can have a good result.”