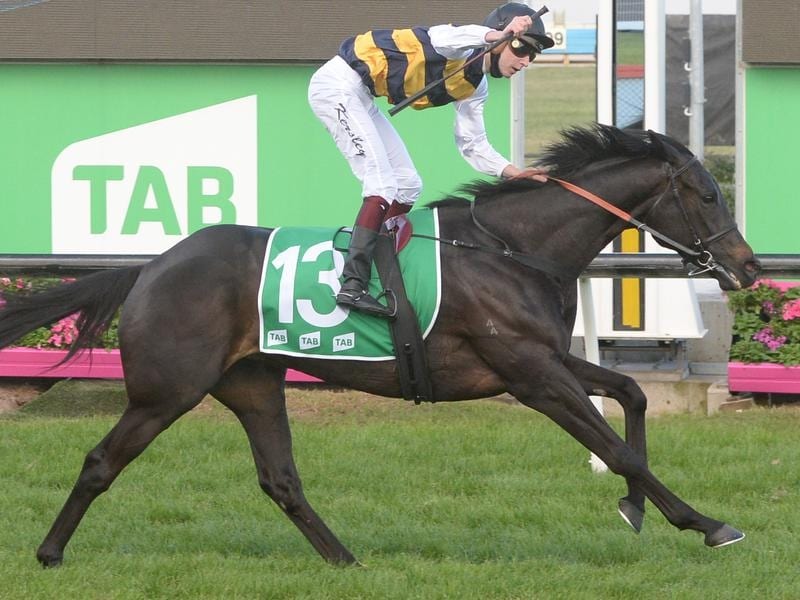 For Matt Cumani, Future Score is aptly named as that is what the trainer is thinking about by starting him in the Zipping Classic.

Cumani believes if Future Score can continue to develop in the way he thinks he will, a race like the Melbourne Cup is within his reach next year.

But the difficulty for many locally-trained stayers is gaining a start, so Cumani is hoping Future Score can go some way towards securing a berth in Australia’s most famous race by winning the Zipping Classic at Sandown on Saturday.

“Really there’s only two ways he can get into a Melbourne Cup. That’s by winning the Andrew Ramsden Stakes next year, or by getting his ratings up by winning a race like this,” Cumani said.

“If he can win the Zipping Classic then we won’t have to worry about the Ramsden and if he doesn’t, then he’ll be set for it (Ramsden).

“It’s a tough race and he’s not that well off at weight-for-age on the ratings as he’s carrying the same weight as horses rated 10 points better than him.

“He keeps improving though, and if he’s good enough he’ll be able to cope.”

Two runs ago, Future Score won the Cranbourne Cup before a last-start third in the Hotham Stakes behind Ashrun at Flemington.

“He’s built on every run. In the Hotham he was there with legitimate Melbourne Cup horses,” Cumani said.

With a query over where the speed will come from in the Zipping Classic (2400m), Cumani thinks Future Score can push forward and he is happy for him to sit wide in the run as he doesn’t want him to be a hard luck story.

Cumani also has imported galloper San Huberto in the Sandown Cup and says the horse is looking for the 3200 metre journey.

“He’s a dour stayer and it’s really exciting for him to get over 3200 metres as he’s crying out for it,” Cumani said.

“He’s worked very well. I’d like him to run along in front which is his style .”

Cumani also has a third OTI-owned horse running in a feature race in three-year-old Furioso, who contests the Sandown Guineas (1600m).

“We put him in as a late nomination as the Sandown Guineas came up a bit light, except for Aysar, so we thought we’d have a crack,” he said.

“He’s looking for more ground but he should run on well and beat the majority of the field home.”

In a significant breakthrough, a capped number of owners will be allowed on-course for the feature Sandown program, albeit under strict conditions.

Racing Victoria announced on Thursday it had eased biosecurity restrictions in light of the improving COVID-19 situation and would again be opening racetracks across Victoria to a limited number of owners.