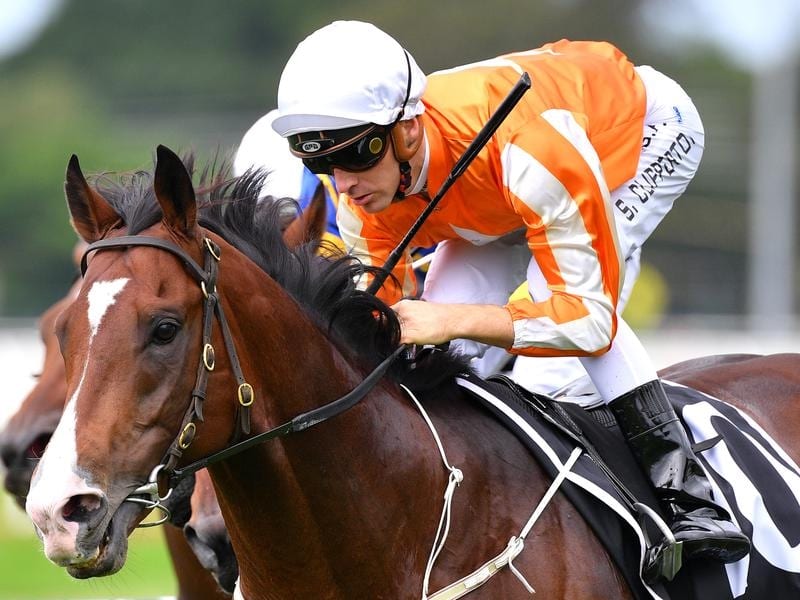 Sam Clipperton has combined with former mentor Ron Quinton to guide favourite Royal Celebration to an overdue win at Rosehill.

Clipperton, who was formerly apprenticed to the Randwick trainer, has set about re-establishing his position in Sydney racing after he followed a stint in Hong Kong with a self-imposed hiatus from the sport.

Having returned to the saddle earlier this year, Clipperton made the most of his opportunity on Royal Celebration, finding a trailing position behind the leaders after the field sorted itself out.

“I was three wide early but then I ended up getting a nice run down the side,” Clipperton said.

“I think it went pretty smoothly out there. He was really tractable for me, he relaxed well and was there when I asked for a superior effort.

“It’s really nice to ride a winner for Ron today. He’s my old boss and he had this horse turned out in great order and he’s been knocking on the door for some loyal connections.”

Saturday’s Ranvet Handicap (1400m) victory was Royal Celebration’s first win in 15 months but the horse had been racing consistently, filling a placing at his past two starts.

Quinton was rapt to see him finally break through and said Sydney racing was ultra competitive.

“Every run has been a good run but it’s bloody hard to win,” Quinton said.

“That’s his fourth win in town so he has done a good job.”

Royal Celebration ($3.40 fav) scored by a half length over Albury visitor Hanger ($10) with another length to Insensata ($15).