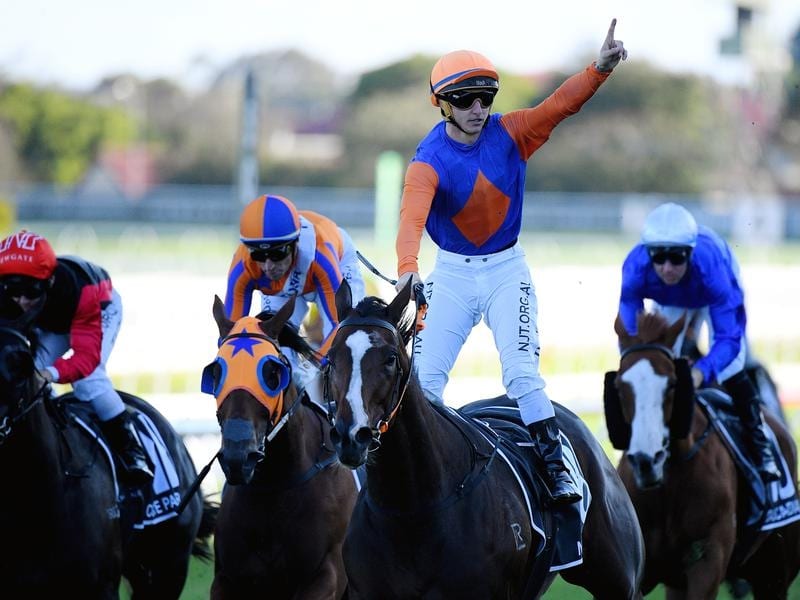 It is nothing new for a trainer to pop open the bubbly if their horse wins a Group One race but Wendy Roche will do it with a twist if Nettoyer salutes in the Epsom Handicap.

The mare is almost as famous for her unconventional diet of pizza and champagne as she is for her racetrack exploits and Roche has promised a memorable celebration if Nettoyer claims Saturday’s Group One mile.

“If she wins the Epsom, I will guarantee everyone she will be drinking champagne out of the trophy,” Roche said.

While the quirky mare is fond of human food she is also a talented racehorse.

Nettoyer gave Roche her biggest moment as a trainer when she won the Doncaster and she will be striving to become the first horse since Racing To Win in 2006 to claim Randwick’s two major miles in the same calendar year.

The seven-year-old finished unplaced when she resumed in the Chelmsford Stakes on September 5 but has been kept up to the mark with a jump out and a couple of searching gallops.

Roche expects the month between runs to suit Nettoyer and while many mares of the same vintage are in the breeding barn, the trainer says her charge is just blossoming.

“I would say she is only just mature physically,” Roche said.

“Mentally, I don’t think she will ever be mature.”

Nettoyer’s headstrong nature serves her well on the racetrack but it causes some hairy moments off it.

Roche says she is not feeling any nerves ahead of the Epsom because she is more concerned about getting her horse to the starting stalls in one piece.

Not to mention keeping her own body parts intact.

“It’s not just race day. Getting to the racetrack is more nerve-wracking than the race,” Roche said.

“You saddle her up and she tries to kill us, strike us, eat us, kick us and rear up. I wear a hat and a vest just to saddle her up.”

James Innes Junior was aboard Nettoyer for her Doncaster triumph and will again take the reins on Saturday.

The mare is a $31 chance with TAB fixed odds but Roche is confident she can defy that quote, provided the race is run at a genuine tempo and backmarkers can make ground on the day.

All going well, Nettoyer will head to Melbourne after Saturday for a Cox Plate bid.