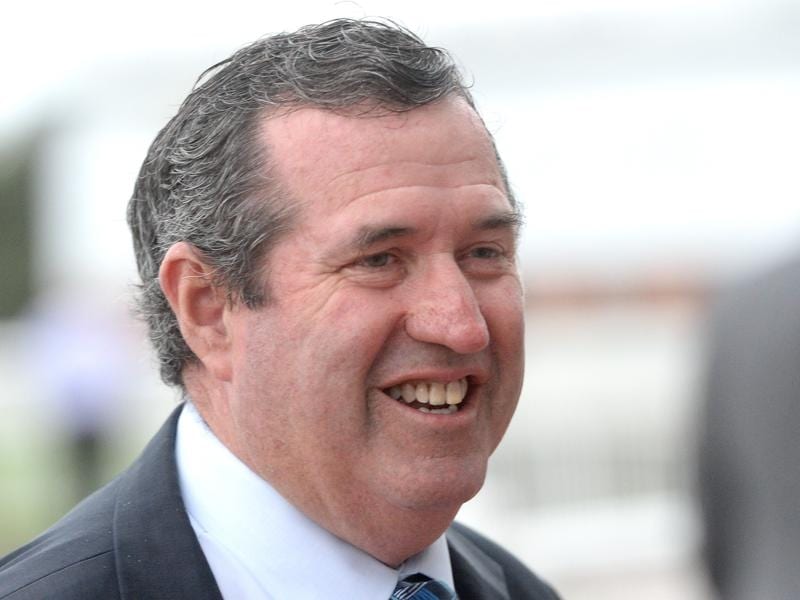 It has been 22 months since Manolo Blahniq last raced in Sydney but Mornington trainer Tony Noonan is looking forward to the gelding’s return to Rosehill.

Noonan, who won Saturday’s $427,500 VOBIS Sires Guineas with filly Florent at Caulfield, is planning to send Manolo Blahniq north for Saturday’s Group Three Hawkesbury Gold Cup (1500m) which is to be run at Rosehill.

Manolo Blahniq’s most recent Sydney appearances were in a three-start campaign at Rosehill between May and June 2018 when he notched a win and a minor placing and ran fifth in the Listed Civic Stakes.

Six-year-old Manolo Blahniq has not won since the Listed Chester Manifold Stakes at Flemington early last year but has raced consistently in a host of stakes races since and Noonan believes wide draws have cost the gelding.

“I think the horse is in really good form,” Noonan said.

“He’s just been drawing poorly which has just meant we’ve had to go back in the run but he has been hitting the line well.

“His Sydney form is good and he has won at Rosehill before. I think 1500 metres looks nice for him at this stage so we’re looking forward to it.”

With strict protocols in place as racing continues during the coronavirus pandemic, Noonan and his staff are not allowed to travel with Manolo Blahniq across the state border.

The trainer was on Monday working out the logistics of having the gelding transported north later this week.

“He’ll have his final gallop on Wednesday, working the reverse direction at Mornington on the course proper, and that will have him spot-on for Saturday,” Noonan said.

The Hawkesbury Gold Cup has 24 nominations with a field limit of 20 plus emergencies.

Manolo Blahniq, who has 54kg, was at $11 in an early market on Monday with the Hawkes Racing-trained Amangiri and Godolphin’s Gaulois the equal $6 favourites.

Manolo Blahniq could continue on for a Brisbane campaign depending on his performance on Saturday and whether he can travel to Queensland.

Noonan has the Stradbroke Handicap (1400m), one of two Group One races in a revised Queensland winter carnival, in mind for Manolo Blahniq.

“He has always gone well in Sydney and depending on what Queensland do as far as whether visitors are allowed or not, he might head up there,” Noonan said.