Maher, Eustace Capture Another 2yo Race 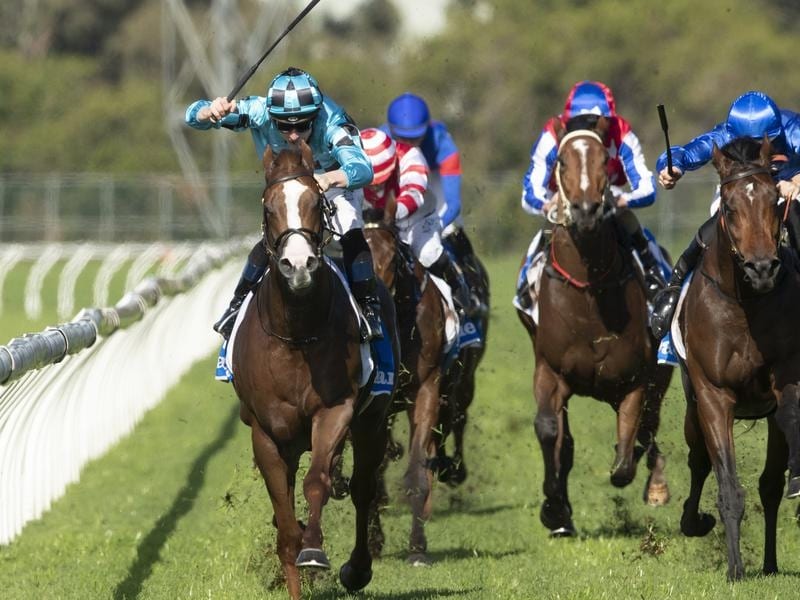 Promising filly Macroura scored a brace of wins during May, highlighted by her Listed Woodlands Stakes victory, and Anders has added to the tally in capturing Saturday’s Darley 2YO Handicap (1100m) at Rosehill.

It follows the stable’s success in feature juvenile races, led by Away Game claiming the Magic Millions Classic and two Group races during the Sydney autumn along with a runner-up finish in the Golden Slipper.

“We have been very fortunate to have an exceptional crop of young horses,” stable representative Annabel Neasham said.

“It’s swings and roundabouts in this game and next season it might be another stable’s turn.

“We had a good two-year-old season last year but not a lot of them went on with it as three-year-olds.

“I think what makes this season’s crop so exciting is that we feel they can continue to improve at three.”

Anders, the $2.90 favourite, has been on an upward trajectory this preparation, breaking his maiden at Wyong last start and producing an electric turn of foot at the top of the straight to dash clear at Rosehill.

Godolphin youngster Andermatt ($6) gave chase but could not reel in Anders, who had three-quarters of a length to spare.

Neasham indicated Anders was likely to be spelled and prepared for a spring sprint campaign now the penny had started to drop.

“He’s always had ability but didn’t quite know how to put it all together,” Neasham said.

“We are not trying to harness his greatest asset which is his speed.”

McDonald conceded Anders was getting tired but was entitled to after the race was run at a strong tempo.

He believes the colt has a bright future and can measure up to better grade.

“I thought there was good opposition today and probably the two that cleared out are better than winter two-year-olds,” McDonald said.