Mahamedeis to run for Ryan from new home 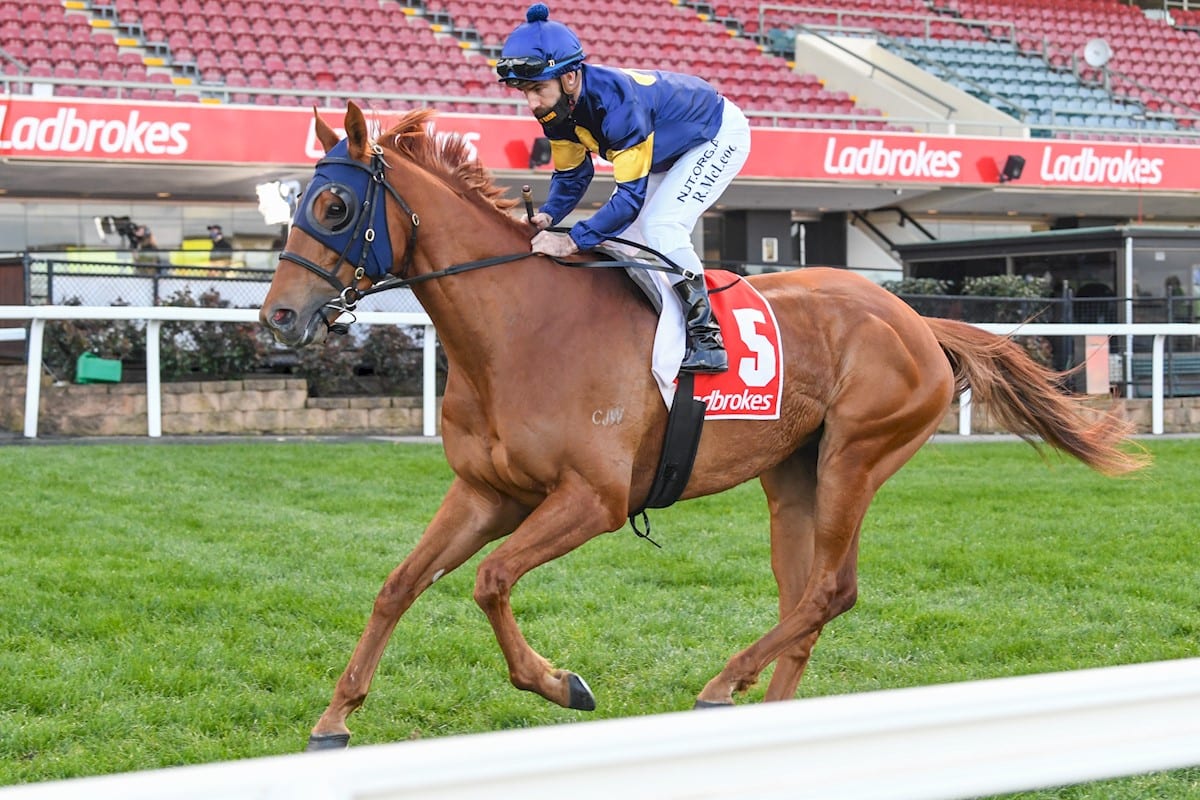 On Thursday Ryan moves into a new stable complex at Flemington and a couple of days later will saddle up Mahamedeis in the Group 3 Easter Cup (2000m) at Caulfield.

Ryan has been based at Caulfield for the past four years and has steadily built his team, but with training to eventually cease at that track, a new home was needed.

With Tony and Calvin McEvoy vacating Flemington for Ballarat, there was a reshuffling of stabling that freed up a 15-horse barn which comes with a treadmill.

“We’re all looking forward to it. I can’t wait. All the staff and everyone around me is excited.

“The change will be good and we can’t wait to get there and hopefully start training some winners.”

Ryan said in time he hopes to grow his stable, but for the moment he will keep the team to around 15 in work.

“Right now, for my business model, it suits,” Ryan said.

“I’m still hands-on and we’re a boutique stable, so if we can have 15 city class horses, that’s the aim.”

Mahamedeis heads to the Easter Cup having had three runs in and coming off a last start sixth in the Listed Albury Cup (2000m) on March 19.

Ryan said Mahamedeis was not suited by the way Albury raced that day which suited horses on the pace and near the lead.

“The run looked plain, but the horse is going terrific,” Ryan said.

“He’s going to the Easter Cup, he’s right on track for the 2000 metres and he’ll most likely be my first runner out of the new Flemington stable.”