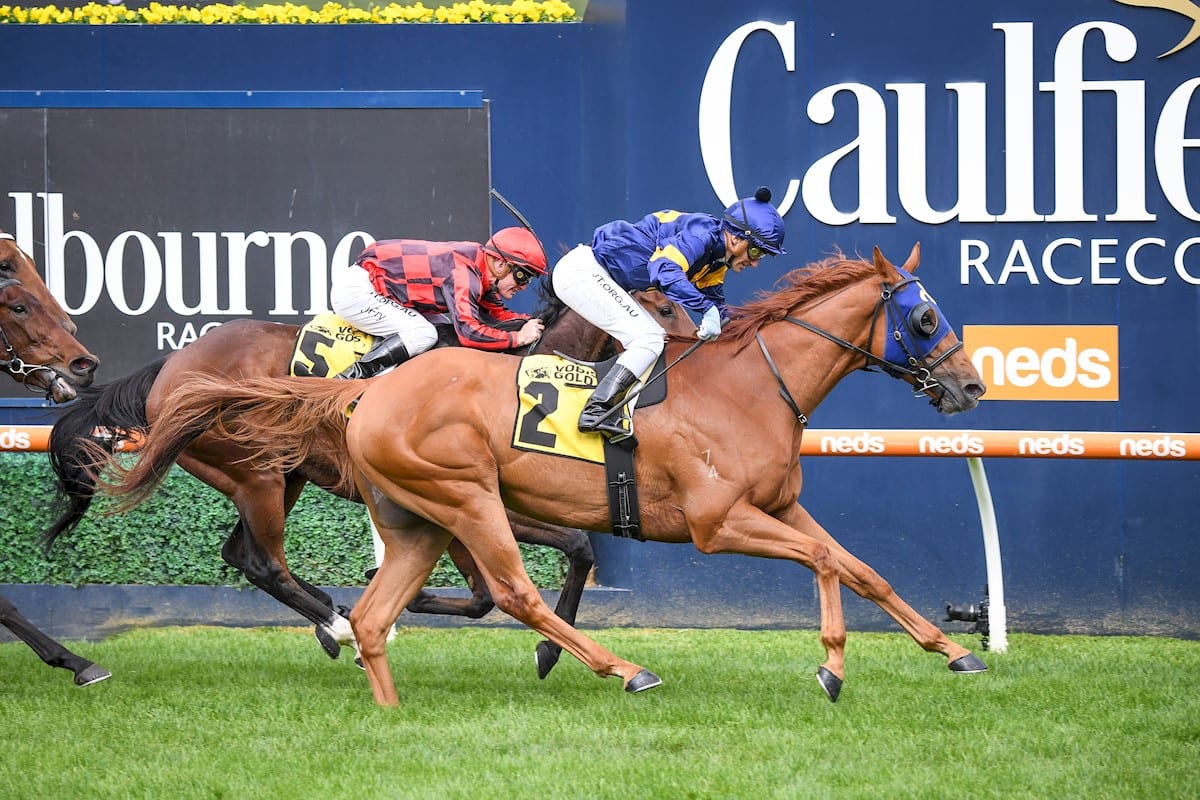 Nick Ryan has quickly made a statement from his new training base landing the first two winners on Victorian Owners and Breeders Day at Caulfield.

Ryan made the move across town to set up his boutique stable at Flemington earlier this month after eight years training at Caulfield and claimed the first two races on Saturday’s program.

Stable favourite Mahamedeis took his prize money past the $1 million mark with his win in the $250,000 VOBIS Gold Heath (2000m) while French-bred former Hong Kong galloper Dice Roll scored at his Australian debut in the Neds Toolbox Handicap (1400m).

Mahamedeis has been a mainstay at Saturday’s meeting having won VOBIS Gold 3YO Sires Guineas in 2018, while finishing out of the placings in 2019 and 2020 before his win on Saturday.

After starting his career in France, including running third in the 2018 French 2000 Guineas, Dice Roll was sent to Hong Kong but did not acclimatise to the conditions and after 11 starts found his way to Australia.

Ryan was tasked with getting the galloper back racing and his confidence grew after Dice Roll worked with Mahamedeis at Flemington during the week.

“This is the first import that we’ve had and a big credit to the team,” Ryan said.

“He’s had a long, long time off and for him to win first-up today over 1400 metres, that’s been a great effort.

“We’ve put in a lot of time with this horse and I’ve loved him from day one.”

Both Mahamedeis and Dice Roll, along with another stablemate Sircconi, may be Brisbane bound for the Winter Carnival.