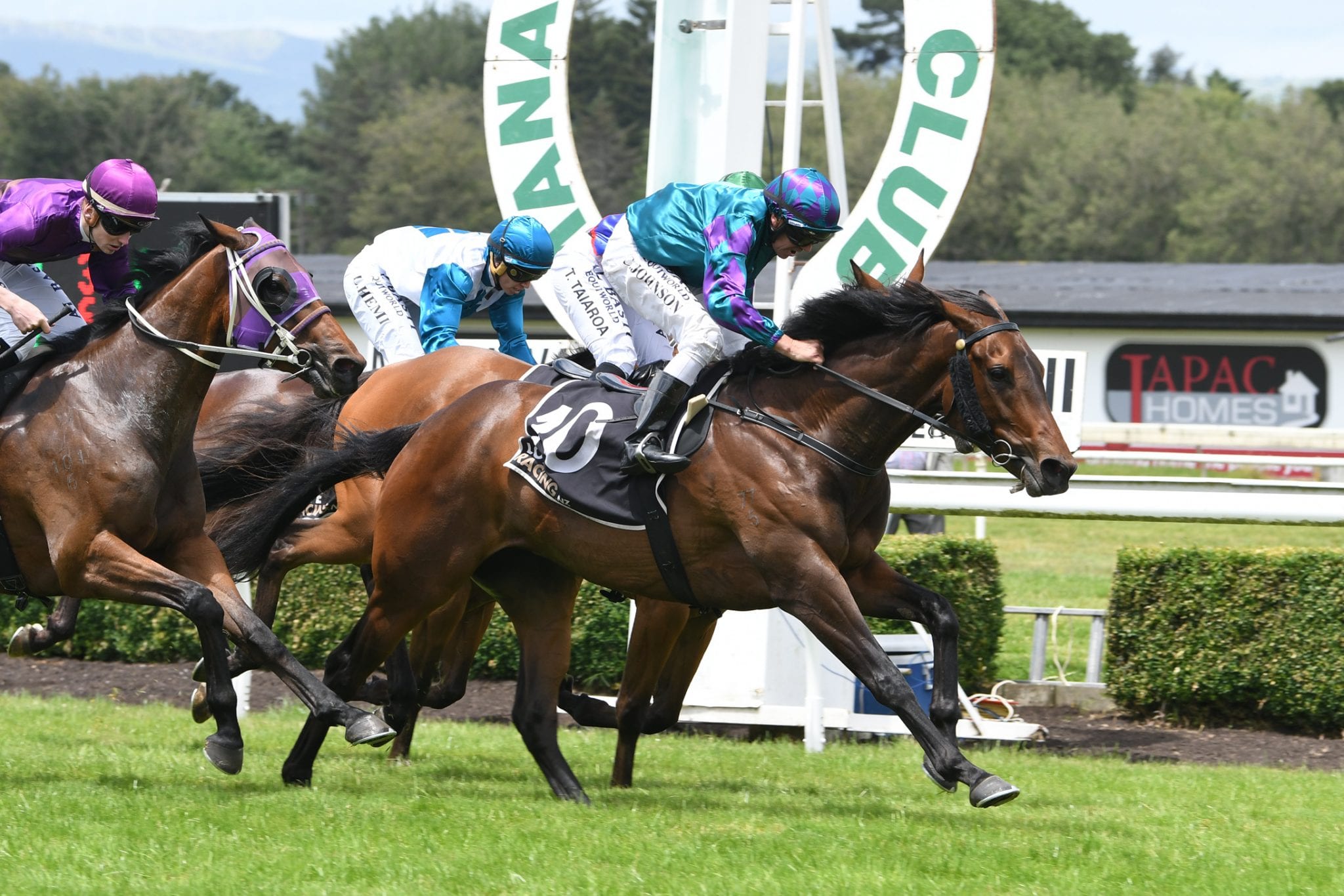 Veteran jockey Chris Johnson established a new national record for race victories on Saturday at Awapuni when Sassenach provided him with win 2452 in New Zealand. The 56-year-old required one winner to surpass the previous mark set by David Walsh after drawing level at Invercargill last Saturday.

In typical Johnson fashion he set the new benchmark in spectacular style with a ride befitting the occasion. Johnson dropped the Austin Brown-trained five-year-old mare to the rear of the field in the rating 65 2100m contest, saving every inch of ground throughout, before beginning to hunt for a gap between runners approaching the home turn.

Johnson bided his time and when the field opened up at the 250m, he drove Sassenach through to the lead in the shadows of the post and claimed his place in New Zealand racing history.

It has been an up-and-down journey for Johnson to reach the milestone, having battled officialdom and personal demons but the record is testament to his persistence, longevity and determination.

“It’s been a long road, but I’ve always said it will happen when it happens. I’ve had a lot of support over the years, with so many people to thank,” Johnson said. “It took a while to get the one to equal the record and now I’ve finally got there. “Racing has been good to me and I’ve been lucky to ride some very good horses along the way.

“I do love my horses and my hat goes off to them for their courage and determination. “I’ve got no plans to retire and while I can still ride, I just hope to keep going.”

Johnson rode Hall of Fame galloper Rough Habit to win the Group 1 Captain Cook Stakes (1600m) at Trentham in 1992, while Loader provided him with the 1996 Group 1 sprint double of the Railway and Telegraph. High-class mare Final Touch has been his most successful Group 1 mount with wins in the 2013 Telegraph, 2013 Waikato Sprint and 2014 Captain Cook Stakes for staunch supporters John and Karen Parsons.

Johnson rode his first winner at his very first ride on New Year’s Day 1981, guiding Noble Star to success at Tauherenikau for his boss, Woodville trainer Scott Hammersley. He has gone on to establish himself as one of New Zealand’s most talented riders, also winning several jumping features including Grand National Hurdles (4200m) wins at Riccarton aboard Ampac in 1989, Woodbine Blue Chip in 1993 and Kid Colombus in 2011.

What has made his record all the more meritorious is that he took a break from riding for seven years from 1998, taking time out to travel overseas before returning home to work on farms and in stables before he resumed riding in 2005.