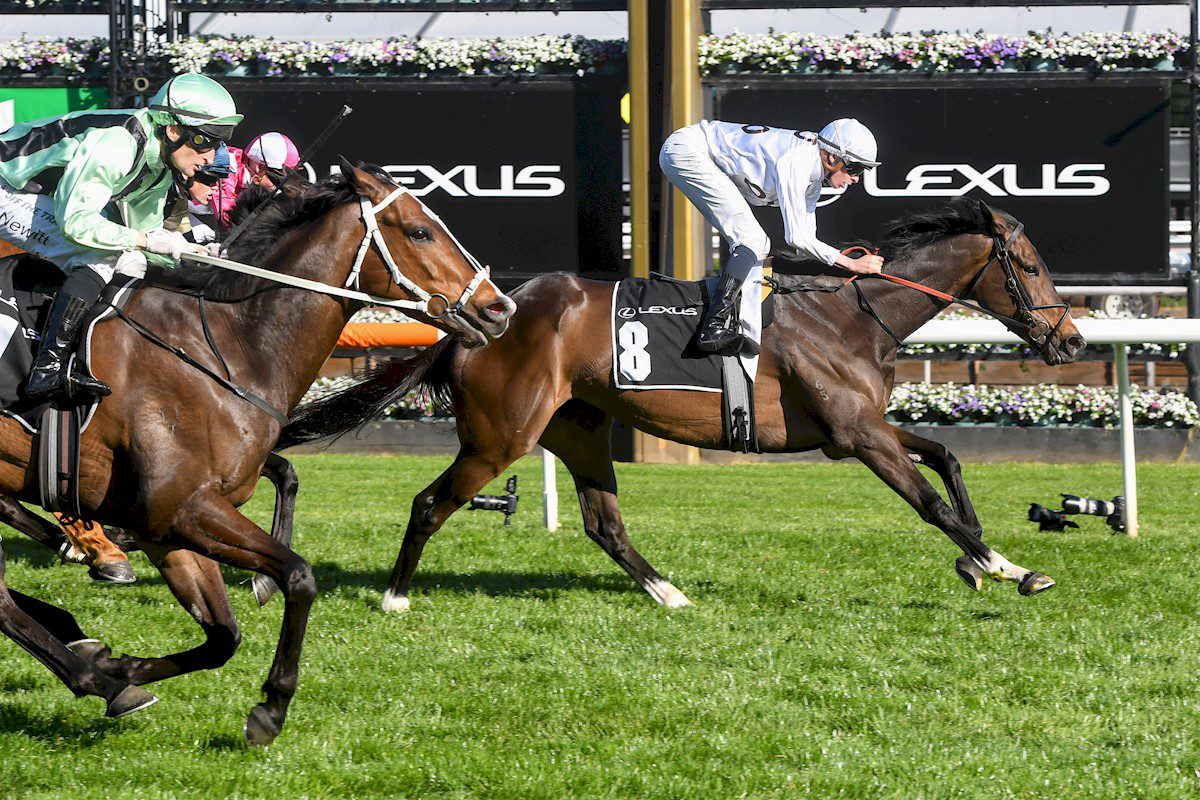 Lunar Flare has taken out the Group 2 Bart Cummings over 2500m and punched her ticket into the 2022 Melbourne Cup for trainer Grahame Begg.

Michael Dee has now recorded a double on Turnbull Stakes Day after another great ride on Lunar Flare, getting her into the box seat for the journey.

Lunar Flare had the run of the race and considering it was a messy run race, she has ran away from the majority of the field outside of the fast finishing Francesco Guardi who finished second.

Grahame Begg now has a runner in the 2022 Melbourne Cup and he was extremely emotional after the race when talking about his very talented stayer.

“In previous preparations we didn’t know where her ceiling was, until she won the Moonee Valley Cup last year, we were just sort of running her in races as they were coming along.”

Michael Dee completed his double and picked up his second Group 2 victory of the day on Lunar Flare.

“Yeah absolutely, probably a bit similar to that mare earlier (Excelida), she’s just come into her own and the best form of her career albeit, she’s got good form on the board.” Dee explained the similarities to both of his wins so far today.

“Those first-up runs at Caulfield, things just didn’t go to her way or to her liking and we had the draw today which suited us and we were able to ride a little bit closer.

“Yeah look, its probably the unknown but she was very strong on the line there so, I think with this run and potentially another run under her belt she probably won’t race so fresh and hopefully with speed on. She just needs speed on and she can relax.” Dee believes Lunar Flare is a chance with a genuinely run Melbourne Cup.

Lunar Flare is a $26 outsider in the 2022 Melbourne Cup markets with online bookmakers after securing her spot in the race with this win.