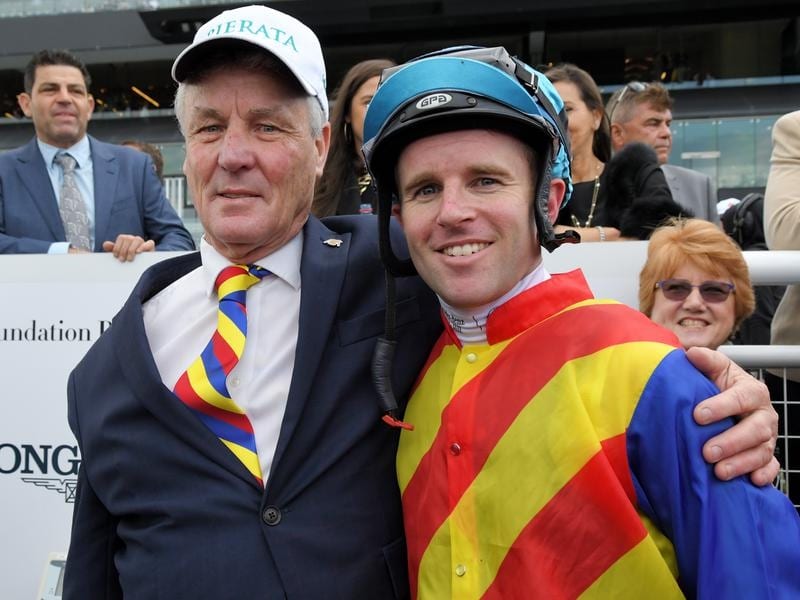 Philosphical about Pierata’s luckless passage in the Everest, trainer Greg Hickman is focused on claiming a consolation win in the $1 million Redzel Stakes at Rosehill.

The Group One-winning sprinter was one of the unluckiest runners in the $14 million sprint after he was bailed up on the fence from his inside draw, only bullocking into the clear when Yes Yes Yes had the race won.

Hickman accepts bad luck is part and parcel of horse racing and has taken the experience in his stride.

“The horse ran super. He’s broken a track record and didn’t get a crack at the winner.

“I’m immensely proud of everyone, what we did to get the horse to the Everest, and I wouldn’t have changed one little hair on him.

“I thought I prepared the horse the best I have prepared a horse for any race, ever, and luck just didn’t go our way.”

While the rails draw was Pierata’s undoing, jockey Tommy Berry faces the other extreme in Saturday’s Redzel Stakes (1300m) from barrier 12 of 13.

Trainer and rider haven’t yet dissected the speed map but Hickman does not expect Berry to need any instruction.

“Tommy and I will have a chin wag but I have said to him, ‘what barrier do you want? And he said, ‘anywhere from five outwards’, ” Hickman said.

“In the back of his mind, I think he’s got everything planned out already.”

Pierata, who was fifth in the Everest, is one of nine runners in line for a $750,000 bonus if they can win the Redzel.

The bonus if offered to any horse who can win Saturday’s race after contesting either the Everest or Sydney Stakes.

Pierata remained the TAB fixed odds favourite on Thursday at $2.80 although there was specking for Godolphin’s three runners, anticipated leader Home Of The Brave, Everest placegetter Trekking and Sydney Stakes winner Deprive.

Deprive is unbeaten in six starts at Randwick but will be racing at Rosehill for the first time.