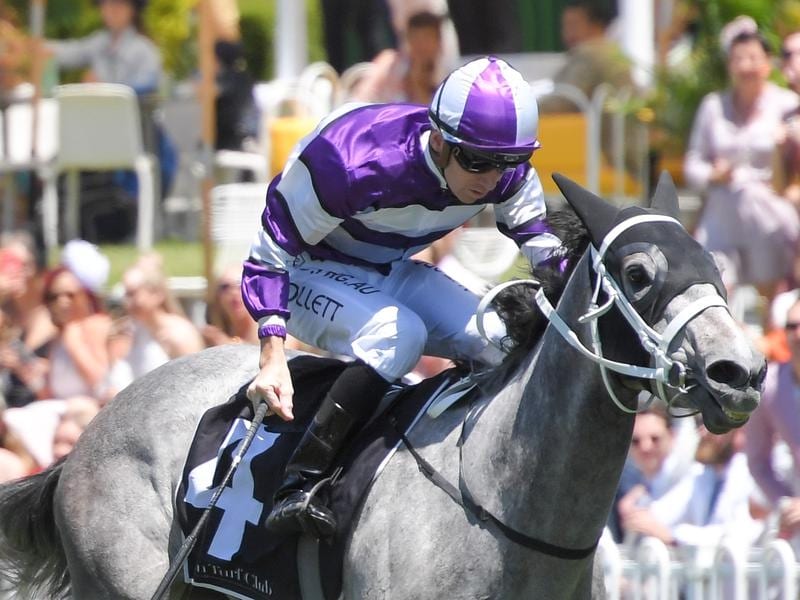 Summer plans for stakes-placed filly Lucicello are uncertain but winning jockey Jason Collett has no doubt she can make her presence felt this campaign.

The Chris Waller-trained three-year-old resumed off a let-up in Saturday’s Shopper Media Handicap (1100m) at Rosehill and quickly rounded up her rivals to score comfortably.

It was her first start since finishing third to stablemate True Detective in the Group Three Up And Coming Stakes in August and Collett said she was just too good.

“She rounded them up easy.

“She only had a quiet trial and knowing Chris, fitness will come further into the prep. He’s obviously got bigger races planned.”

Collett was happy to let the backmarker and $1.75 favourite find her rhythm early before unleashing her down the outside in the straight.

Waller’s stable representative Jack Bruce wasn’t certain what the trainer had planned for Lucicello but said it was important to get another win on the board.

“It probably didn’t pan out the way I thought it would after the jump but Jason Collett got her to the outside which was the most important thing,” Bruce said.

“She only had a short break and a bit of a let up and Chris brought her back and targeted this race so it’s good to get a win.”