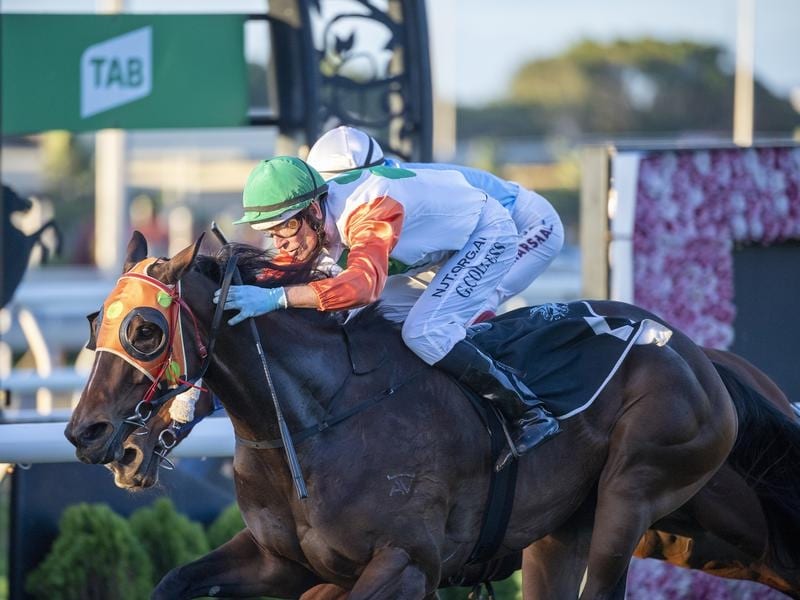 The Brisbane winter always produces a feel-good story and this year it is the Toowoomba mare Love You Lucy’s win in the Group Two Dane Ripper Stakes at Eagle Farm.

The homebred and her veteran jockey Glen Colless tackled some of Australia’s best mares and scored a barnstorming win at $41.

Trainer Barry Squair said he had been confident after Love You Lucy confirmed she was up to top class when winning the Listed Silk Stocking at the Gold Coast three runs back.

“She was an unlucky ninth in the Listed Helen Coughlan Stakes two weeks ago. I thought she would handle the 1400m,” Squair said.

“I wanted an experienced jockey so I got Glen when a couple of others wouldn’t ride her.”

Toowoomba trainer Barry Squair has done an outstanding job with Love You Lucy who has eight wins, five seconds and a third from 19 starts with earnings of more than $350,000.

Seven of those wins have come this season as Squair carefully manages her career.

Squair was for many years a top rider on the Darling Downs winning the Toowoomba premiership on four occasions.

He has had a steady run of success since switching to training with horses such as prolific winner G’day Old Mate.

Squair was riding his own work until recently when he was injured in a track work fall after being tossed from Love You Lucy.

“Lucy dumped me and I hurt my shoulder and wrist. That was it for me as a trackwork rider, as my wife has put her foot down,” Squair said.

Many of the Dane Ripper field were six-figure yearlings, Love You Lucy is proving a bargain for her owners the Goggins family.

They bred Love You Lucy from the mare Whitechapel who they paid $3000 for at the Magic Millions National Broodmare Sale.

Colless made a rare appearance in Brisbane for a Group ride on Love You Lucy,

He now mainly rides on the Gold Coast on Saturdays where he is also the main work rider for trainer Chris Waller.

“I think Barry makes me look young these days but he always has a good horse,” he said.