Lost And Running locked in for Tabcorp in The Everest 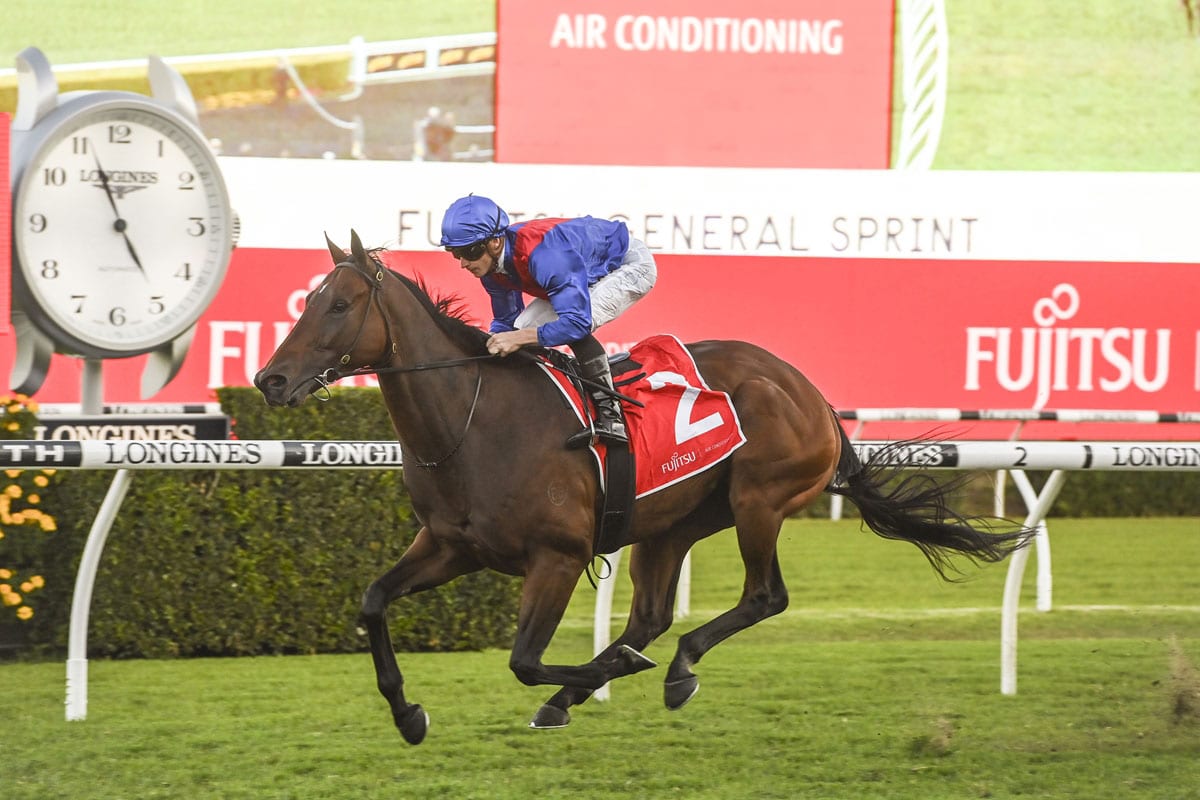 Bargain buy Lost And Running has solidified his spot in this year’s running of The Everest, taking Tabcorp’s slot in the $15,000,000 feature at Royal Randwick in Sydney, Australia.

The John O’Shea-trained gelding has enjoyed a fine start to his career, with six wins and a narrow second from seven starts.

Declaring the son of Per Incanto as “by far and away” the best sprinter he has trained, O’Shea has his sights set on the world’s richest turf race in October.

“To be fair, at his first race start he broke the track record,” O’Shea told TAB.

“He rated through the roof there and pretty much subsequently every run since then he’s put out very good figures.”

Lost And Running has progressed well through the grades since breaking his maiden at Scone in May 2020, with his last start resulting in a 2.5-length win in the Listed Luskin Star Stakes at Rosehill over 1300m.

Known by his trainer as “the Serena Williams of racehorses”, the lightly raced four-year-old is the perfect build for a sprinter.

“When you see him, he’s like the Serena Williams of racehorses; he’s got a massive backend.

“That’s what makes a good sprinter.”

“I bought Lost And Running at a Melbourne Premier Yearling Sale; it was off a farm I really like to buy horses off and I like to buy out of young mares,” O’Shea said.

“He was just a really nice horse, bred by a fella I’ve got a lot of respect for and consequently when he didn’t make a lot of money, I was happy enough to buy him and take him home and syndicate him.

“We got left with about 15% of it, which my wife now luckily owns.

“When we bought Lost And Running for $40,000, you could’ve only dreamed you’d end up with a TAB Everest horse.”

O’Shea admits that his star sprinter was a little bit immature in his knees, saying that he had a little bit of surgery as a young horse, but it has been smooth sailing since.

With all eyes focused on The Everest in October, O’Shea will ensure his gelding is spot on for what he believes is the most important event on the Australian racing calendar.

“The TAB Everest is the most important race on the calendar for us,” he said.

“Whereas we can have an Everest runner and to have a chance of winning the world’s richest turf race is a dream come true.”

The Everest is set to be run on October 16th, with Nature Strip, Masked Crusader and Lost And Running the only three horses to secure a slot so far.