Lord North Can Improve To Figure In Champion Stakes 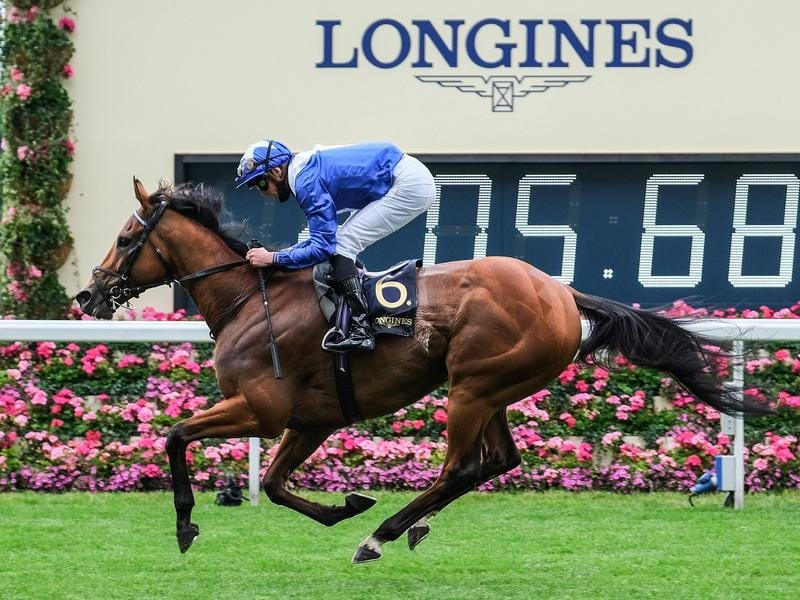 The winner of the race last season and Derby winner are amongst the opposition that the improving Lord North must beat to win the Champion Stakes at Ascot on Saturday and the best price for that to happen at the time of writing is +700 with Ladbrokes.

The favourite for the Group 1 race over one mile, one furlong and 210 yards, Magical, won the 2019 Champion Stakes. Serpentine, on offer at +1600 with Bovada, is the Derby winner. Lord North will probably have to produce a career-best effort to win this race but there could be enough progression in his form to come out on top.

Lord North is a four-year-old gelding so will not benefit from either allowance. Three-year-olds receive four pounds from the older horses and there is the three pound allowance for fillies and mares. Serpentine gets the weight for age allowance Magical gets the gender allowance. Lord North will have to be exceptional to give weight to proven Group 1 performers.

An analysis of the form is encouraging for his backers because the horse gets better for each run. The John Gosden-trained Lord North has run seven times since last September and matched or improved his Official Rating in every race. His rating has improved from 98 to 124 in just over one year. There is no obvious reason why there is not more improvement to come.

One of the key form guides is the Group 1 Prince of Wales’s Stakes at Royal Ascot in June. Lord North won the race in which Addeybb finished second, three and three quarter lengths behind the winner carrying the same weight. The weights for Champion Stakes are the same for each horse so Addeybb is unlikely to reverse the form.

Lord North produced his best rating run in defeat in a race that also involved Magical. Lord North finished third behind the winner Ghaiyyath and runner-up Magical in the Juddmonte International Stakes at York in August. Ghaiyyath is officially the best Flat horse in the world and Magical has won seven times at Group 1 level.

Lord North was one and a quarter lengths behind Magical at the line at York carrying three pounds more. Magical gets the same three pounds in the Champion Stakes so Lord North must improve to overcome the deficit. However, a marginal improvement will suffice even if Magical produces her best form. The filly has been consistent but not improved her rating in four starts.

Backers of Lord North will be encouraged by the going and will welcome more rain before the race. Lord North is proven on heavy ground while Magical has shown a liking for good ground in recent races. Ascot are expecting soft ground at best and parts of the track could be heavy which is a positive for Lord North who can beat the +200 favourite.

Serpentine won the Derby by five and a half lengths after making virtually all and slipping the field. He was beaten by over four lengths in a Group 1 race at Longchamp last month and that form is not good enough to win the Champion Stakes. The biggest threat to Lord North could be his stable mate, Mishriff, also trained by Gosden and still improving.

A win in a Listed race at Newmarket in June has been followed by Mishriff winning the French Derby and another Group 1 race in France. The horse is open to further improvement and as a three-year-old gets four pounds from Lord North. The betting market appears to have overestimated the form and there is more value in backing Lord North.

Japan offers the each way value at +1400 with Bovada. The four-year-old colt is not too far behind the more fancied runners on the ratings. The horse is closely matched with Lord North on collateral form with Ghaiyyath and can be backed at twice the price. However, the ground and potential for improvement makes Lord North the bet for the Champion Stakes.