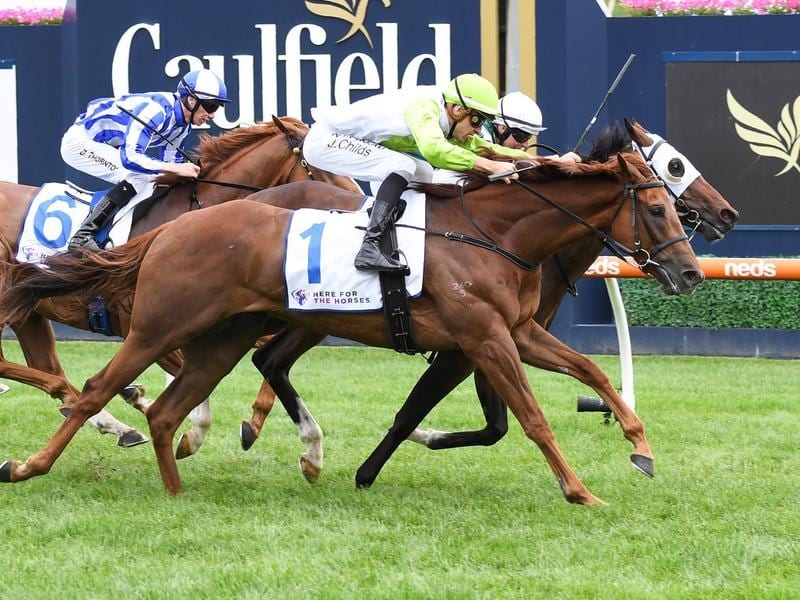 Heavyweight jockey Jordan Childs made the most of his opportunities at Caulfield with two rides for two wins.

Childs took out the opening race on the Grahame Begg trained Vespertine and then had to wait six races before being successful on the Peter Gelagotis trained Long Arm.

Childs has been in great form recently and he has ridden six winners from his past 20 rides since January 22.

As was the case at Sandown Hillside on Mosh Music at the 200 metres mark the previous Saturday, Childs also looked beaten on Long Arm but managed to win.

This time though it was in the final stride as he reeled in Yulong Prince to win by a short half head.

The win gave the former Irish stayer his second win in three starts in Australia for the Gelagotis team. Long Arm has now had six starts for four wins.

Gelagotis said Yulong Prince had Long Arm on toast and they were no chance.

“He had to dig deep, he had to show his true qualities as a quality stayer. What a great win,” Gelagotis said.

Gelagotis said Long Arm still had a lot to learn and would have won by three lengths except for wanting to lay-in.

Childs said that Long Arm had the makings of being a nice stayer.

Luke Currie also made it a winning double scoring on Portland Sky and Silent Sovereign.

Flemington trainers Matt Ellerton and Simon Zahra continued their remarkable start to 2021 when War Critic took out the 1800m Benchmark 70.

It gave the pair their tenth city win for January and their 18th in total.