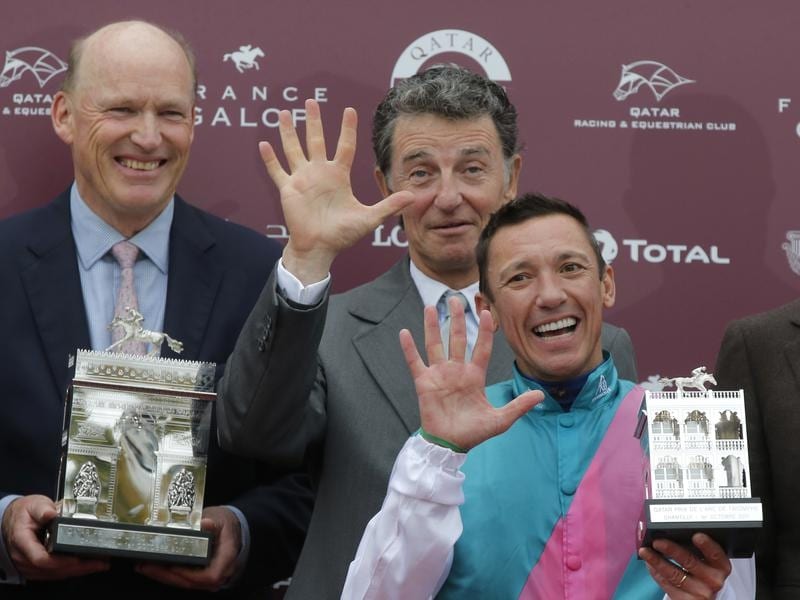 Logician has maintained his unbeaten record with an emphatic victory in the St Leger at Doncaster to give Frankie Dettori his 15th Group One win of the year and his sixth in the world’s oldest Classic.

The John Gosden-trained son of Frankel was sent out the 5-6 favourite following his most recent victory in the Great Voltigeur at York.

That win last month had come on the back of success in a Newbury handicap, and the Khalid Abdullah-owned colt took the step up to the highest level with aplomb.

Dettori took his time before moving sweetly down the straight and sweeping to the front when he asked the grey to quicken a fair way out.

Sir Dragonet briefly threatened to make a race of it. But in the end there was only one horse in it, with Dettori able to ease up close home for a 2-1/4 length success from Sir Ron Priestley.

“He stayed the trip well, which is always a worry,” Gosden said.

“He’s a mile-and-a-half horse really, but this is a Classic and Prince Khalid was keen because he breeds these lovely horses and wanted to win a Classic for Frankel.

“We’ve won him two now as we also won the Oaks for him (Anapurna).

“The way he quickened with just one flick – he’s a gorgeous horse. I think he’d be better on good ground, rather than good to firm.

“He’ll probably revert to a mile and a half next year. He’s done so much so quickly this year that we’ll put him away now, he won’t run again this season.”

The win was a 12th at the highest level for Gosden this season and his fifth in the Leger.

Dettori and Gosden are now looking forward to the Prix de l’Arc de Triomphe with Enable.

“Thankfully I ride for a great trainer who has lots of good horses in good races.

“We’ve won two Classics this year and we’ll enjoy this moment before we get ready for the Arc in three weeks’ time (with Enable).”