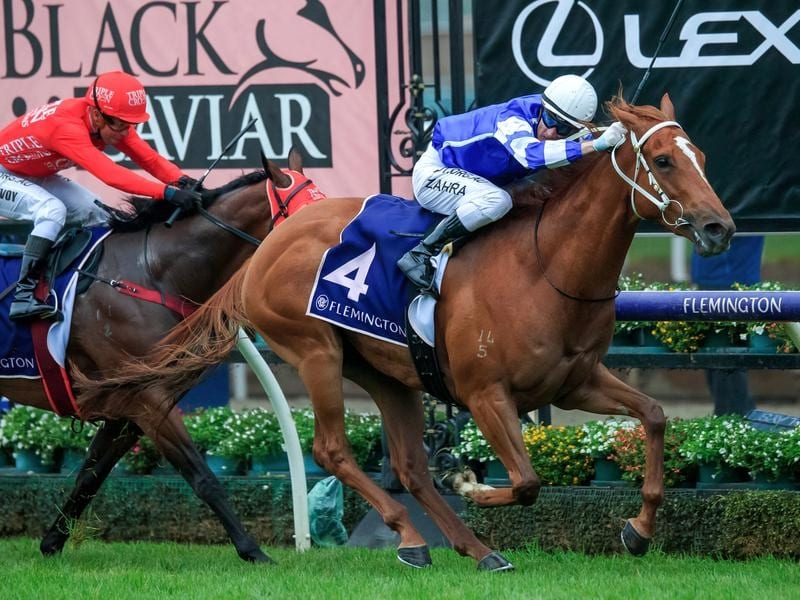 Following Tuesday morning’s barrier draw, the returning Gytrash is the bookies’ favourite to take out The Goodwood – South Australia’s final Group 1 race of the season.

The five-year-old gelding was last seen winning the Yes Yes Yes Stakes back in October and has amassed $3.2 million in prizemoney from 22 starts, which include 10 wins and 11 placings.

Gytrash is the $3.60 favourite with online bookmakers following the barrier draw, but there is not much separating him from another star of South Australian racing.

Behemoth, currently a $3.80 chance, is back off an eight-week freshen up after finishing third in the All Star Mile.

Both Gytrash and Behemoth have finished second in The Goodwood over the last two years, and the market will find it hard to split them right up until the jump.

This year’s running is dominated by local runners, with last-start winners Kemalpasa, Savatoxl, Beau Rossa and Instant Celebrity all looking to do South Australia proud.

Instant Celebrity will be the only filly in the race and comes off an impressive win in the Group 1 Robert Sangster Stakes on May 1, but she will need to reach a new career high if she is to beat the likes of Behemoth and Gytrash.

With Savatoxl expected to make this a fast-run 1200m sprint, it shapes up to be another dramatic version of The Goodwood as the Adelaide Racing Carnival draws to a close.