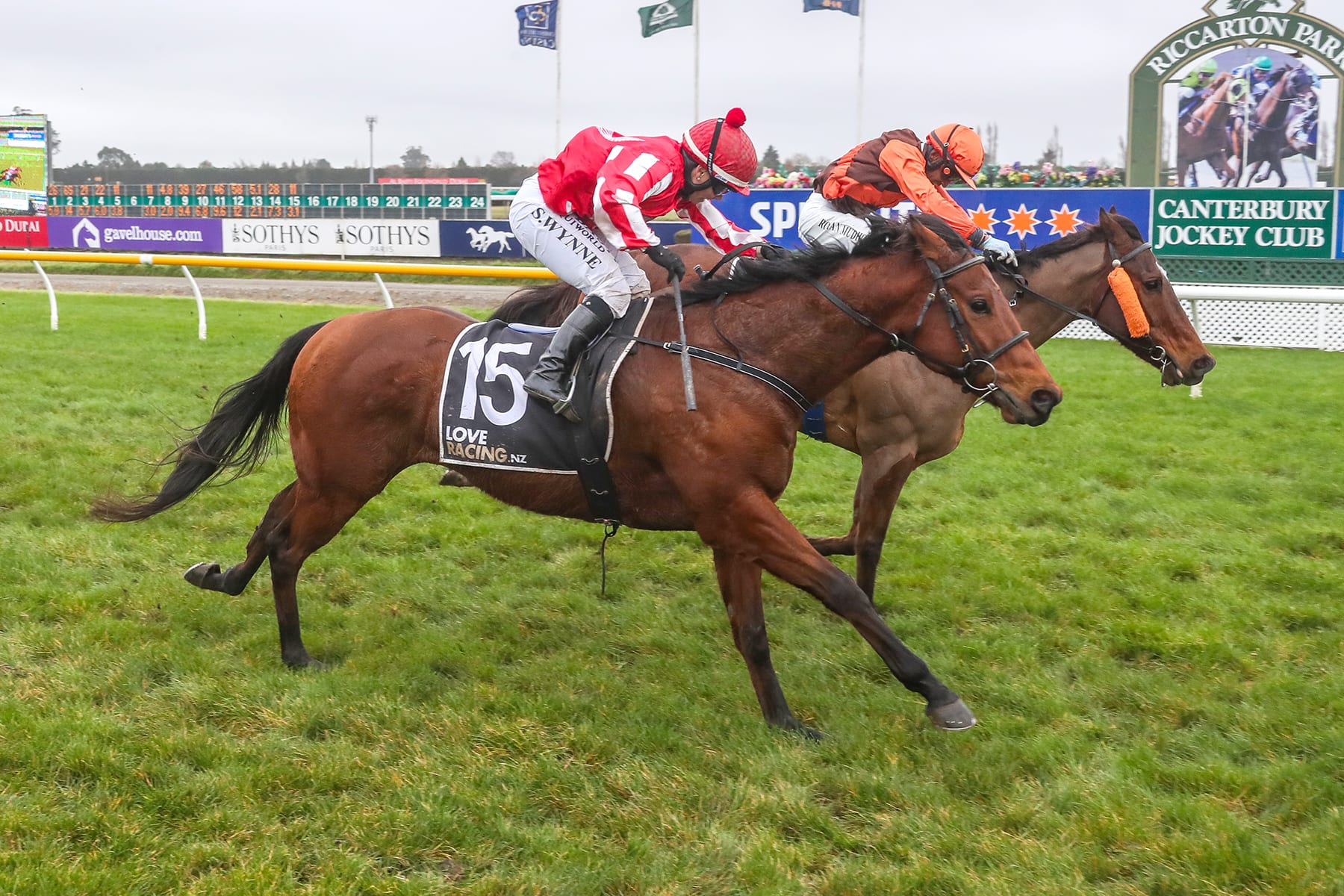 Evergreen galloper Irish Excuse may be 10 years old but he is showing no signs of slowing down. The No Excuse Needed gelding has recently returned to Gore from a four start campaign in Canterbury where he recorded his 16th career victory at Riccarton first-up. “It was a pretty good campaign,” trainer Ellis Winsloe said. “All of his Christchurch runs were pretty good, but the track was probably a bit too firm for him at Ashburton last start.”

Winsloe has been pleased with the way Irish Excuse has bounced back from his trip and he is looking forward to lining him up on his home track on Friday where he will contest the Hokonui Suzuki/Advance Agriculture R93 1200. “He was a little bit light when he got home, a float trip can do that, but he’s picked up and feels really good,” he said.

“I am a bit worried about drawing barrier one. We had a bit of rain last night, so it might be a bit better further out. “But if he begins well he will be hard to beat.”

Winsloe will also line-up five-year-old gelding Gallant Fredi in the Thomas Green Maiden 1200. It will be the second career start for the son of Gallant Guru and Winsloe is hoping he will show improvement first-up on Saturday. “He went really well at Dunedin in his first start (when eighth),” Winsloe said. “He got to the line really well in that race. “If he begins well he is a chance.”

While Winsloe will have the two horses competing at Gore on Friday, he will be watching their races from Palmerston North. He has flown north to gear up Tai Ho for the LJ Hooker Manawatu Steeplechase (4400m) at Awapuni on Saturday.

It will be the 10-year-old gelding’s first start over fences this preparation after three pleasing unplaced runs on the flat. “He seems very well and he raced really well at Riccarton,” Winsloe said. “He has travelled up fine and his work has been good. We have had him based at Bill Thurlow’s (Waverley) and everyone seems really happy with him.”

With no jumps racing programmed in the South Island this year, Winsloe said his hand was forced to travel north, but he said that has opened up opportunities. “With no jumping down here it has made it very difficult for us, but his main aim now will be the Great Northern.”

Winsloe highlighted a difference in the fences between the two regions, but he doesn’t think that will be a concern for his charge, who has posted five wins and six placings from his 13 steeplechase starts. “The steeplechase fences are far bigger and wider down here compared to Manawatu,” he said. “But I don’t think it will worry him because he is a good jumper.”