Litt Hoping To Dine Out With Morton’s Fork 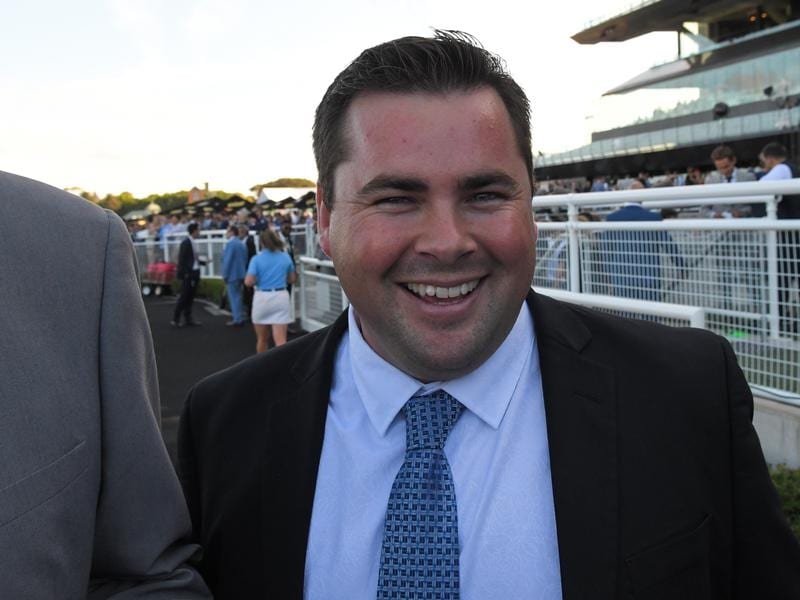 Having played an important support role in the Cox Plate campaign of Castelvecchio, Morton’s Fork gets a chance to take centre stage in the $500,000 Rosehill Gold Cup.

The former Godolphin gelding was Castelvecchio’s travelling companion to Melbourne and the older horse’s relaxed demeanour had a significant effect on his inexperienced barn mate.

Castelvecchio ran a slashing second to Japanese star Lys Gracieux in the Cox Plate and Litt said it was Morton’s Fork who helped the three-year-old handle his first trip away from home.

“He was critical for Castelvecchio in Melbourne,” Litt said.

“He had a great calming influence on him.

“He is like a stable pet. He loves company and he thrives on travelling.”

Morton’s Fork has only been in Litt’s care for a few months after being bought for $100,000 as a tried horse at the Magic Millions National Racehorse Sale at the Gold Coast in June.

The 2016 Sandown Guineas winner has clocked up a few road trips since, kicking off his campaign in Sydney before running successive placings in Brisbane, Port Macquarie and Melbourne.

Litt says the six-year-old loves to travel and he has no hesitation sending him into Saturday’s inaugural Rosehill Cup (2000m) eight days after his third to Double You Tee at Moonee Valley.

He is also thrilled for the gelding’s new owners who are enjoying the ride and are especially excited to have booked Irish-born apprentice Robbie Dolan.

“He’s owned by a bunch of Irish boys and they’re having a ball,” Litt said.

“They’re looking forward to Robbie Dolan riding him with the Irish connection.

“He had a luckless run at Moonee Valley on Friday night and he’s come out of that enormous.

“It’s amazing that just a few months after buying him he has the opportunity to run in a $500,000 race.”

While Morton’s Fork will be in action at Rosehill, Castelvecchio is already in the spelling paddock enjoying a well deserved break.

While Castelvecchio could not pull off a Cox Plate victory, Litt says the colt’s second to the star Japanese mare was almost as satisfying.

“He gave us a big thrill when he came around the turn in front,” Litt said.