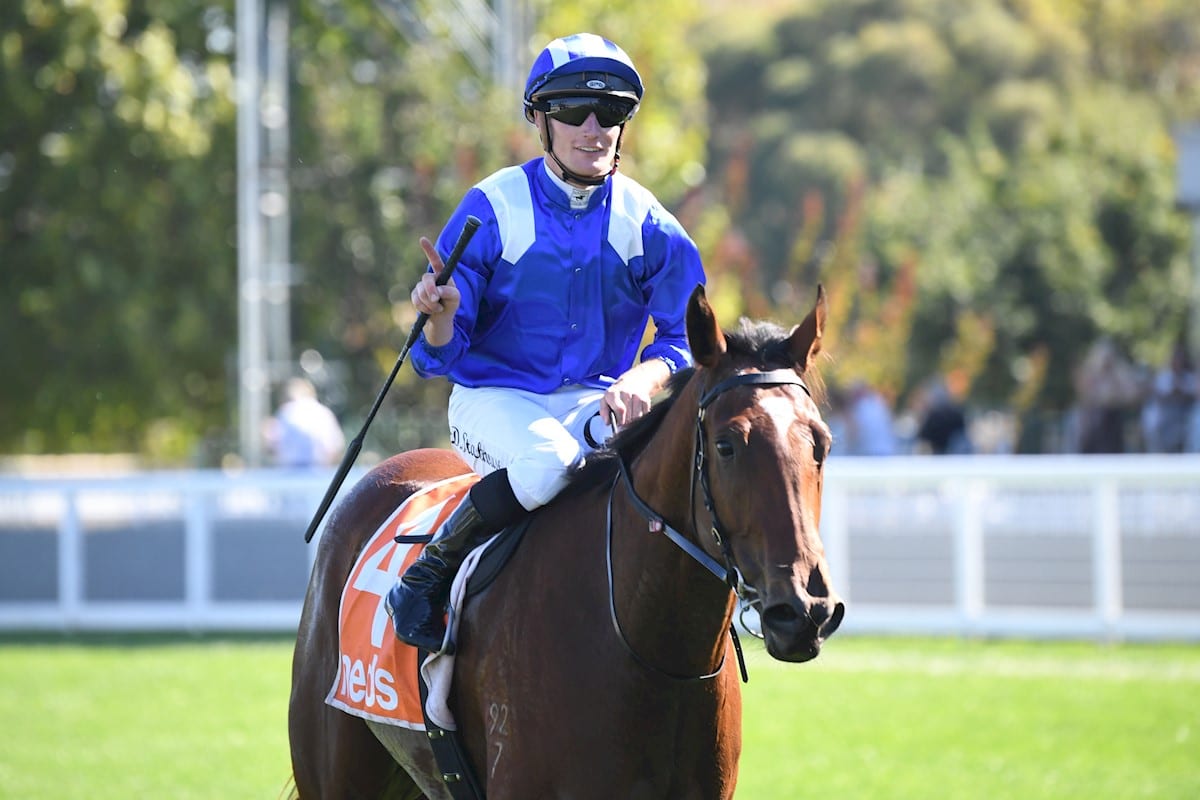 Lindsay Park hopes to add to their tally of Shadwell Stud winners with runners at Sandown and Wagga on Monday.

The stable prepared Minhaaj to win at Caulfield on Saturday, the first runner from the yard since the death of Sheikh Hamdan late last month.

“He had been such a wonderful contributor to Australian racing and racing around the world,” co-trainer Tom Dabernig said after Minhaaj’s win.

The Shadwell team, including broodmares and yearlings, is being whittled down in Australia.

“We had Dean Hawthorne look at all their yearlings from Yarraman Park and rate them all ahead of the Sydney Easter Sale to let Angus Gold (Shadwell Stud racing manager) know what we thought of them all,” Dabernig said.

Dabernig, who trains in partnership with his cousin Ben Hayes, said there was six two-year-olds in work and a number still in the paddock, with three-year-old numbers down.

Qeyaady, a two-year-old son of I Am Invincible, runs in the IVE>Print Handicap (1000m) at Sandown, having raced twice.

“He had the two starts last prep, and ran third at The Valley,” Dabernig said.

“He trialled up quite well at Wodonga last week, winning the trial and he looks to have improved a little, but we’ll see.

“He’s not an overly big two-year-old but it would be nice to get a win for Shadwell with him.”

Azaly will progress his campaign towards a start in the Group 1 South Australian Derby (2500m) at Morphettville on May 8 in a 1800m Benchmark 66 Handicap at Wagga.

“He’s going to Adelaide for the (Group 3) Chairman’s (Stakes on April 24) and then the South Australian Derby,” Dabernig said.

“He was going to the Victoria Derby after running second in the Geelong Derby Trial, but missed it with a temperature.”