Life is sweet for Clementine at Rotorua 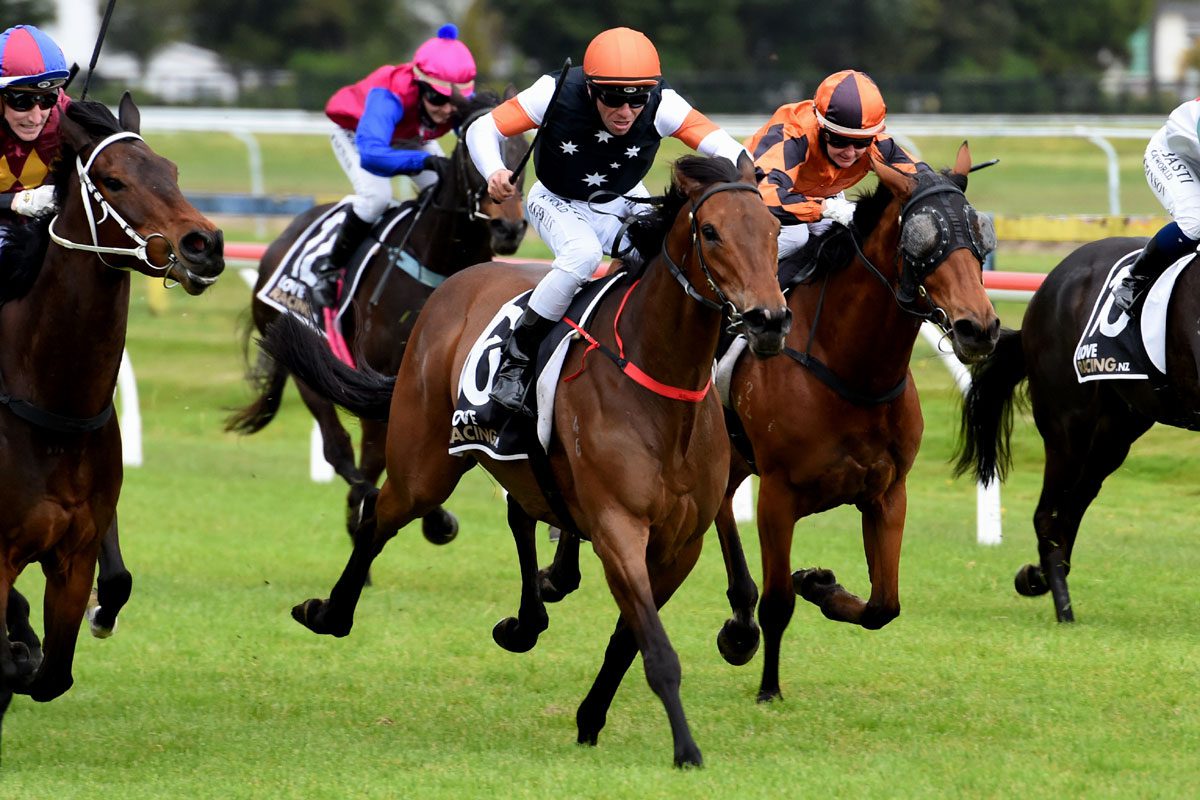 Underrated mare Sweet Clementine backed up a gritty win on a heavy track over 2000m at Matamata at her last start with her first stakes victory when she produced a powerful late finish to take the major honours in Sunday’s Listed Staphanos Classic (1950m) at Rotorua.

The Richard Collett-trained five-year-old showed she could be as effective on the Dead5 surface as she is on the deeper winter tracks, with an impressive turn of foot once she found clear air in the final 200m of the contest.

Given an economical run behind the pacemakers in the early stages of the race, rider Craig Grylls found himself in an awkward position behind a wall of horses as the field turned for home.

Grylls got to work as Sweet Clementine built up a head of steam and charged between runners to take the victory in the final bound from a brave Beaudz Well, who looked the winner with 50m to run.

A late finishing burst from River Run took third, with Pep Torque close up in fourth as just a long neck separated the first four home.

Collett had been adamant the mare had a black type win in her over ground and was delighted to achieve that goal.

“That was just excellent as we had always thought that once she got over a bit more ground, she would be effective on better tracks and could win at this level,” he said.

“I guess the big thing in her favour today was that she was rock hard fit.

“I had my brother Jim looking after her at Matamata last time and again today and he said when she came back in after the race, she wouldn’t have blown out a candle.

“It was also a top ride by Craig as he said he got pushed down to the rail early on and turning for home he had nowhere to go.

“Once he got clear she really sprinted hard and managed to just get up on the post.”

Collett will now look to another stakes race for the mare’s next run, with the Group 3 Balmarino Stakes (2000m) at Ellerslie on Melbourne Cup day (November 2) the likely target.

“I’d like to target the stakes race at Ellerslie for her next, but I guess that is all dependent on whether they will be racing there,” he said.

“I’m expecting some news around the whole COVID lockdown in Auckland in the next week or so and it would be nice to think there is an easing of the border restrictions to allow racing to take place at Ellerslie.”

Bred by Highview Stud principal Brent Gillovic and his son Kurtis, she is out of the unraced Senor Pete mare, Wealth Star and is a half-sister to the brilliant sprinter Wealth Princess, who was a stakes winner on both sides of the Tasman, winning five of her seven starts and was placed at Group One level in both the Group 1 Tatt’s Tiara (1400m) in Queensland and the Group 1 Waikato Draught Sprint (1400m) before injury cut short her promising career.

Sweet Clementine is also closely related to multiple Australian stakes winner Sports Works and is now a valuable commodity for any future career in the broodmare paddock.

The win also capped a fine day for Grylls who won four races on the eight-race card.